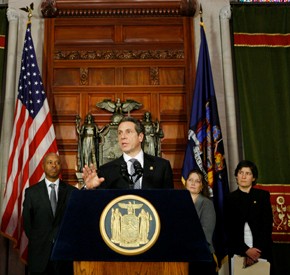 New York’s DNA Databank expansion bill was signed by Gov. Cuomo Monday and will take effect starting October 12. The Innocence Project had hoped that any bill that passed would also include provisions requiring mandatory recording of interrogations and improvements to the way lineups are conducted.  At the signing, the Gov. Cuomo said it wasn’t possible to include wrongful conviction reforms in his DNA databank bill that weren’t DNA-related but promised that his administration would pursue additional measures.
Read more about the signing