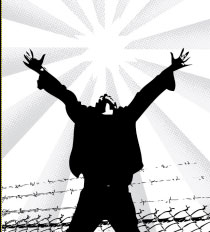 A man who spent two decades in prison for an assault he maintains he did not commit was released on Wednesday.

A Superior Court judge granted the release of Duke Law Wrongful Convictions Clinic client Kalvin Michael Smith after his attorneys filed a motion stating that Smith’s trial attorney neglected to present evidence that would have likely led to a shorter sentence.

Smith was convicted in 1997 of assaulting a 33-year-old pregnant woman and leaving her for dead. According to the Winston-Salem Journal, he has maintained his innocence for the past 20 years.

The Wrongful Convictions Clinic took on Smith’s case in 2003 and, in 2004, the Journal published a series of articles raising doubts about Smith’s conviction. The paper alleged that police failed to thoroughly investigate an alternate suspect with a history of violence who was seen at the crime scene on the day of the assault. The suspect has since died.

“Although it’s not an exoneration, at least he is free so that he can continue to work to clear his name,” said Carl Crothers, former executive editor of the Winston-Salem Journal, who helped expose the flaws in Smith’s case as well as the case of Innocence Project client Darryl Hunt. “Smith’s story represented a more severe case of wrongful conviction than even that of Darryl Hunt. As our series detailed, the incredible mishandling of the case by police is a lesson for us all that the system can fail and fail miserably.”