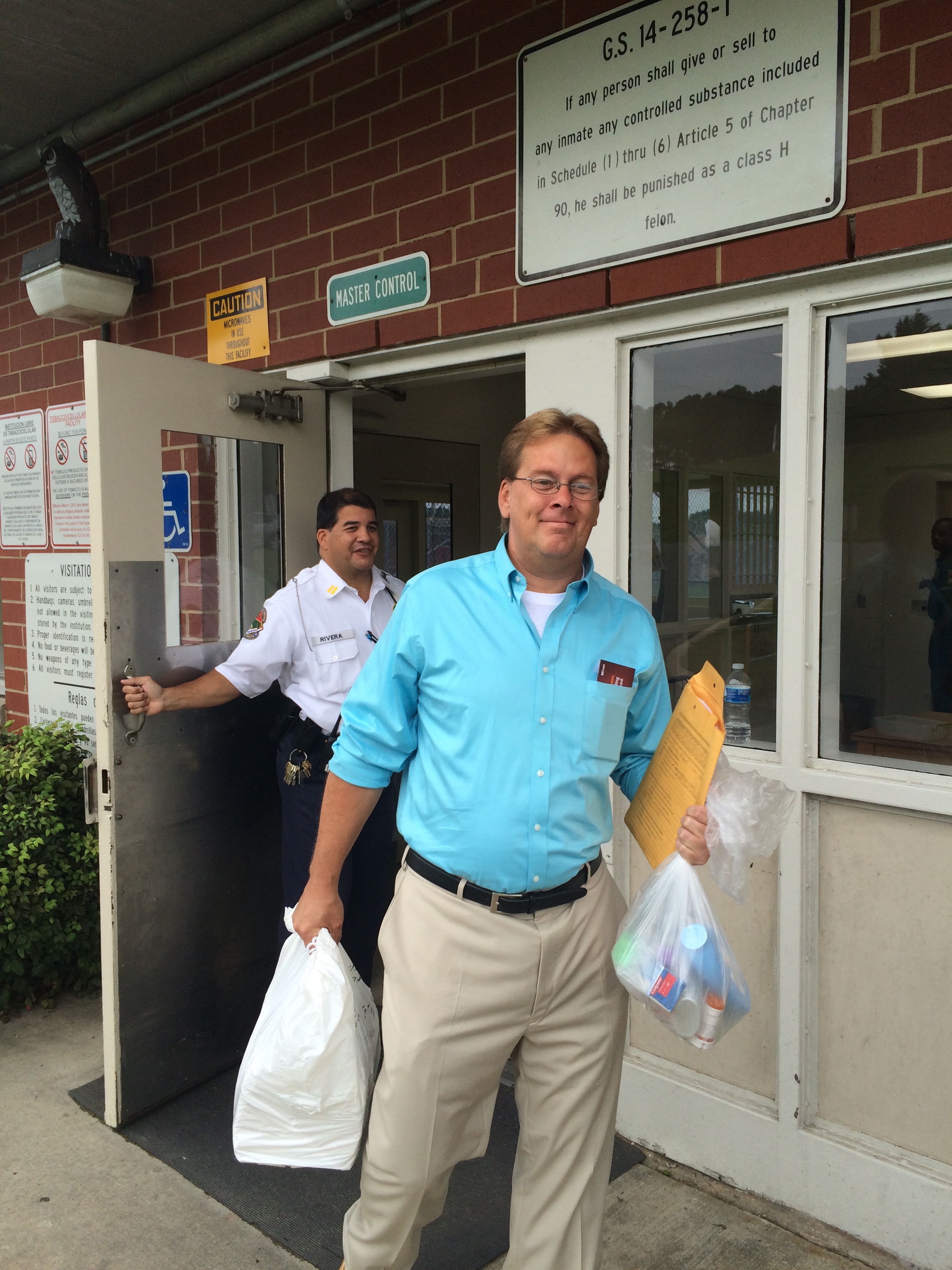 (Charlotte, NC – March 2, 2016)  Mecklenburg County District Attorney Andrew Murray filed legal papers on February 16th dismissing the indictments against Timothy Bridges, who wrongly served over 25 years for a rape and burglary, based in large part on the erroneous testimony of an FBI-trained state hair analyst who claimed that Bridges’s hair linked him to two hairs found at the scene.  Bridges was released on October 1, 2015, after prosecutors consented to vacating Bridges’s 1991 convictions.  Bridges’s legal team, which included lawyers from the Innocence Project and North Carolina Prisoner Legal Services, also uncovered evidence that police failed to turn over to the district attorney’s office before trial.  Post-conviction discovery materials showed that police paid informants and made other threats or promises to the informants, which was contrary to their testimony at trial. Subsequent DNA testing on crime scene evidence also excluded Bridges.

In 2013, after three men were exonerated by DNA evidence in separate cases where an FBI analyst had provided improper evidence at trial regarding hair analysis, the Innocence Project and the National Association of Criminal Defense Lawyers persuaded the FBI to conduct an audit of cases where FBI agents provided testimony or reports regarding microscopic hair analysis.  Initial findings of that review, which were released in 2015 revealed that of 268 cases where agents used microscopic hair analysis to link a defendant to a crime, the agents’ testimony was scientifically invalid in 257 or 96% of the cases.  Twenty-seven of twenty-nine analysts provided either erroneous testimony or submitted erroneous reports.  The audit does not cover cases, like Bridges’s, where the erroneous testimony was offered by a state hair examiner rather than by the FBI.

Bridges’s case “is one of the first cases to be litigated involving erroneous microscopic hair testimony proffered by an FBI-trained state examiner,” said Chris Fabricant, Director of Strategic Litigation for the Innocence Project, which is affiliated with Cardozo School of Law.  “We would like to commend District Attorney Andrew Murray for seeking to restore justice for Mr. Bridges, and we hope other prosecutors around the nation will follow D.A. Murray’s lead in how to handle the many cases where errors have been identified, including in those cases which a state analyst, rather than FBI analyst, testified.  D.A. Murray fully appreciated the significance of the erroneous scientific evidence and agreed that introduction of the hair evidence was a due process violation and vacated the convictions even before the DNA testing supported Mr. Bridges’s innocence.”

Modine Wise of North Charlotte was the victim of a burglary and assault sometime between the afternoon of May 14, 1989 and the afternoon of May 15, 1989 when her daughter-in-law found her badly beaten in her home.  The victim, who was elderly, in poor health and could not see, passed away 13 months later without giving a reliable description of her attacker.  Although the victim denied that she was raped, the treating physician testified there was bruising consistent with a rape.  The crime went unsolved for several months until three informants with prior criminal records claimed that Bridges confessed to them.

At trial, the prosecution relied on the testimony of the three informants as well as the testimony of Elinos Whitlock III, an employee of the Charlotte Mecklenburg Police Department Crime Lab who had been trained by the FBI in how to conduct microscopic hair analysis.  He claimed that he could make a “strong identification” that a hair recovered the crime scene was Bridges’s hair.  He further stated that there was only a 1 in 1000 chance that two Caucasian people (Bridges is white) would have indistinguishable head hair.

Bridges has always maintained his innocence.  His defense rested on the testimony of a former State Bureau of Investigation (SBI) fingerprint analyst.  A bloody palm print was found on the crime scene wall that two state analysts agreed did not match to Bridges.  Despite a compelling argument by his lawyer that the bloody print must have come from the real perpetrator, Bridges was convicted and sentenced to life in prison.

“Given that the analyst in Mr. Bridges case received training from FBI agents who provided scientifically unsound testimony in nearly every case they handled, there is a very good chance that other people in North Carolina and throughout the nation have been wrongly convicted based on the erroneous testimony of analysts trained by the FBI,” said Dana Delger, a staff attorney with the Innocence Project’s Strategic Litigation Unit. .  “Other states should follow the lead of North Carolina, Texas and Massachusetts and order thorough and independent review of all the cases where this evidence was used.”

Since his release, Bridges has been living with family members.  He recently earned his first drivers license, and his uncle helped him purchase a car.  He is working and eager to find his own living space and to become more independent.  He is hoping that with the dismissal this will all become easier.    He has been working with the Innocence Project Social Work Department and some local organizations, including Healing Justice, based in Chapel Hill and the Independent Resource Center in Greensboro, to adjust to life outside of prison.  One of the most special things he has done since his release was attending a UNC basketball game in Chapel Hill.

Bridges was represented by Lauren Miller of North Carolina Prisoner Legal Services, Inc., and Fabricant and  Delger of the Innocence Project.