North Carolina Exoneree to Reunite With Sister After 40 Years 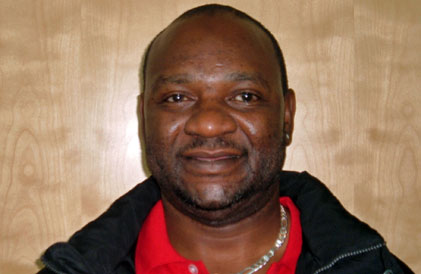 
Darryl Hunt, exonerated of murder after serving nearly 20 years behind bars, will see his younger sister, Doris, for the first time in 40 years. The siblings were nine and three-years-old when they were separated following the death of their mother. Hunt was exonerated through DNA evidence in 2004.

Doris, who now lives in Atlanta, didn’t remember having siblings until she reached adulthood and found documentation indicating that her mother also gave birth to two boys, reported

Hunt talked about the anticipation leading up to their reunion and compared his excitement to being freed from prison.


“Yesterday, to me, was even more special because for the first time in my life, I was able to talk to my sister, my biological sister,” Hunt said. “She had no idea about what I went through in those 19 years, and at the same time I had no idea what she went through.”

Hunt said that along with his freedom, the one thing he prayed for while in prison – “19 years, four months and 19 days” — was to be able to see his sister one day.

Hunt, who was only 19 years old at the time, was convicted of first-degree murder based on the testimony of eyewitnesses who claimed to have seen him with the victim. He was sentenced to life in prison, but his conviction was overturned by the North Carolina Supreme Court. In 1989, Hunt was retried before an all-white jury and again convicted of first-degree murder. Although DNA testing on crime scene evidence pointed to Hunt’s innocence in 1994, it took another decade and numerous unsuccessful appeals before the DNA profile from the crime scene was run in the state database at the request of Hunt’s attorneys. The results conclusively exonerated Hunt and pointed to another man who has since pled guilty to the murder.

In the years following his release, Hunt established

The Darryl Hunt Project for Freedom and Justice

, a non-profit organization dedicated to helping people after their release from prison.