No Apology, But $5.4 Million from City of Peekskill to Exoneree 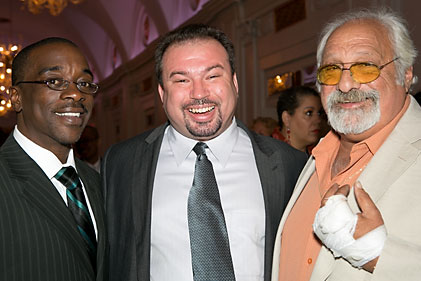 
On Tuesday, the city of Peekskill, New York, awarded exoneree Jeffrey Deskovic $5.4 million in compensation for the botched investigation that led to his wrongful arrest and incarceration for a 1989 murder and rape. Deskovic served almost 16 years in prison before DNA evidence exonerated him in 2006. While pleased with the settlement, Deskovic expressed disappointment that there had been no accompanying apology or acknowledgment of the misconduct that led to his wrongful conviction. In a statement to the

“Peekskill and the Peekskill officers involved still refuse to admit their misconduct or the harm it caused me … There is much more at stake than a personal apology; Peekskill’s silence suggests that they have not learned any lessons from my case and I remain concerned about wrongful convictions and criminal justice in Peekskill going forward.”

Deskovic told the Gannet News that he intended to use the settlement to continue his advocacy to end wrongful convictions.

The County of Westchester settled with Deskovic for $6.5 million two years ago; he also sued the state of New York and received $1.8 million. He has since used $1.5 million of his compensation funds to establish The Jeffrey Deskovic Foundation for Justice, a non-profit working to exonerate the innocent and raise public awareness about wrongful convictions.