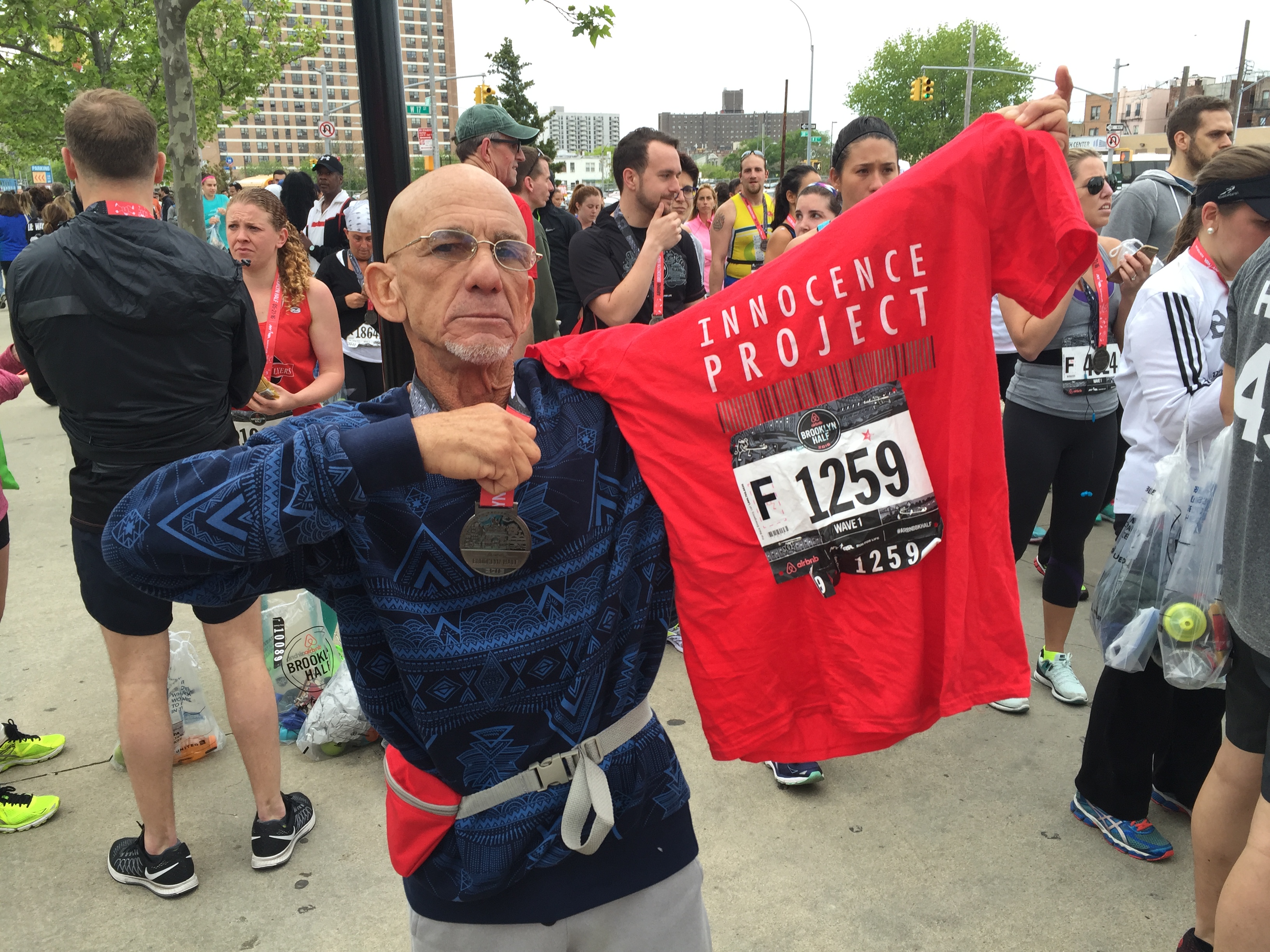 Last month, the Innocence Blog published a special post honoring Innocence Project client Orlando Boquete, who on May 23rd marked his tenth year as DNA-based exoneree, and congratulating him on his completion in the 2016 Air B&B Brooklyn Half Marathon. Today, Jim Dwyer of the New York Times released a complimentary article, capturing the unbeatable perseverance—in body, mind and spirit—that keeps Boquete going, especially in the face of ongoing hurdles in securing compensation for the 13 years he spent in prison for a crime he didn’t commit.

As Dwyer documents in today’s About New York column, in 2006, Boquete was exonerated of a 1982 attempted sexual assault and a robbery for which he was sentenced to 55 years in prison in Florida. Two years after Boquete became a free man, Florida passed a law to compensate wrongfully convicted people. The statute gives individuals $50,000 for each year they were wrongfully imprisoned. Sadly, as Boquete’s case demonstrates, having been wrongfully convicted does not automatically entitlement one to receiving the state’s compensation.

Florida’s law states that exonerees cannot receive compensation if they had felonies prior to being wrongfully convicted. Boquete has two nonviolent felonies on his record. Despite the fact that the crimes stemmed from a decade-long run from the law following his escape from a Florida penitentiary shortly after he was wrongfully convicted and imprisoned (the remarkable story was detailed by Dwyer in a 2007 feature article for the New York Times), Boquete’s record disqualifies him from receiving any compensation benefits from Florida.

Despite Florida’s law, Boquete continues to fight for the restitution he believes he deserves. As Boquete’s fellow exoneree and friend Jeffrey Deskovic pointed out to Dwyer in today’s article: “If they hadn’t wrongfully convicted him, he wouldn’t have escaped. . . . Most of us wouldn’t have the wherewithal to do it.”