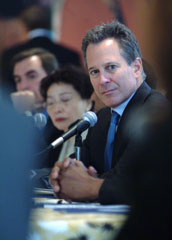 
“There is only one person who wins when the wrong person is convicted of a crime: the real perpetrator, who remains free to commit more crimes,” Mr. Schneiderman said in a statement. “For victims, their families and any of us who could suffer the nightmare of being wrongly accused, it is imperative that we do everything possible to maximize accuracy, justice and reliability in our justice system.”

The Bureau’s creation comes at a key moment, when many lawmakers and advocates are pushing for criminal justice reforms to prevent wrongful convictions, such as videotaping interrogations and improving police lineup procedures that have been adopted by other states. A subcommittee of the Bureau will also be tasked with facilitating the settlement process of state compensation once wrongfully convicted people have been exonerated.