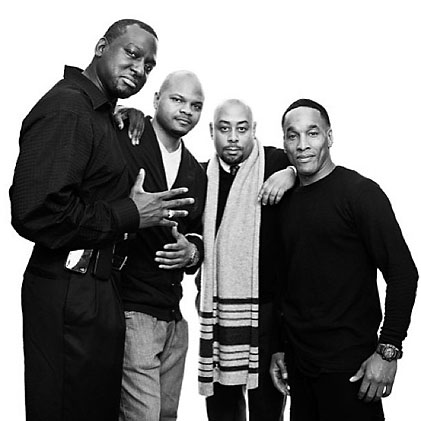 Photo: Korey Wise (far right) with other members of the Central Park Five case. The men are still fighting to be compensated for their years of wrongful imprisonment.


A recent article in City Limits details the struggle faced by New York exonerees adjusting to life outside of prison. Fernando Bermudez,

recalls the difficulties of adjusting to a life on his own.


“Upon my exoneration, reentry into society was culture shock,” he says. “I had to adjust from nearly two decades of harsh prison life to a drastically changed society with no financial or psychological assistance to help me cope against the harm that my family and I suffered.”

In many cases, the wrongfully convicted face the same problems as ex-offenders upon release, however, reentry services are provided to New York ex-offenders. There are no services formally offered to exonerees. The New York State Department of Corrections and Community Supervision partners with community-based organizations and governmental agencies to deliver support to individuals on parole.

, one of the men wrongly convicted of the Central Park beating and rape of 1989, echoes these accounts. Before his entrance into prison, he was 16 years old and lived with his mother. After being incarcerated for more than 11 years, Wise had difficulty finding a place to live. He stayed with friends and family for three years and now resides in a transitional housing program for people seeking assistance in the Bronx.

Prison time for anyone presents a disadvantage in the job market since many employers do not want to hire someone with a criminal record. Exonerees released without financial support can find it difficult to maintain a job while trying to readjust to society.

The Innocence Project established a social work program in 2006 to assist exonerees with their adjustment to life in the free world. However, the program only benefits Innocence Project clients and is dependent on individual donations for support.

Exonerees may file for compensation for their wrongful conviction but it can take several years to receive funds provided by the state. About one-third of the people exonerated after proving their innocence have not been compensated for the injustice they suffered and the time they spent incarcerated.

Statutes providing for some form of compensation for the wrongly convicted are in place in 27 states plus Washington, D.C., but even some of these laws don’t meet society’s moral obligation to help exonerated people recover from the injustice they suffered and the years of freedom they lost. In New York, the state defers to the Court of Claims to decide how much an individual is entitled.