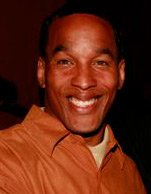 Last night at the Innocence Project’s fourth-annual Celebration of Freedom & Justice, CBS 2 caught up with Korey Wise, one of the five men convicted of a rape they didn’t commit in the infamous 1989 Central Park jogger case.

Wise, 16 years old at the time, was tried as an adult and convicted of assault, sexual abuse, and riot. He was sentenced to five to fifteen years in prison and was exonerated nearly twelve years later when DNA testing pointed to the identity of the real perpetrator, Matias Reyes.

Wise told CBS 2 last night that Reyes sought him out in prison:

Reyes confessed after a DNA link to the crime. The “Central Park Five” were freed in 2004. And that’s when Wise said his life finally began.

“I’m so used to be behind the walls. I feel like a baby all over again. I’m crawling,” he said. Wise was one of 20 exonerees in attendance at last night’s celebration.

“You do not get tired when you walk into prison and take a man by the hand and walk him into sunlight. It’s as good as it gets,” Innocence Project Co-Director Peter Neufeld told CBS 2 at the event.

More than 700 Innocence Project supporters came together for last night’s celebration – we’ll post photos and video from the event soon.