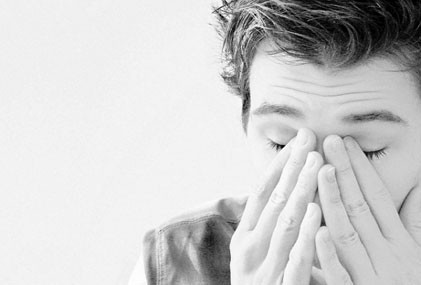 
Frenda told the Huffington Post in an email: “Sometimes memory distortions are trivial and don’t matter, but there are contexts (e.g., eyewitnesses in court, clinicians making medical decisions) where errors have serious consequences, so we need to be concerned about factors that make memory less reliable, and more vulnerable to distortion.”

The study, which was published in

, tested participants on their susceptibility to false memories based on how much sleep they had gotten the night before. In one experiment, participants were asked if they had seen video footage of Flight 93 crashing in Pennsylvania on 9/11. Despite claiming footage of that crash had been widely circulated, no such video actually exists. Study participants who had gotten five hours or less of sleep the night before were more likely than the normal sleepers to claim that they had seen the footage, 54 percent versus 33 percent.

“One parallel [to this experiment] might be witnesses who are present at the scene of a crime but don’t actually see everything,” explained Frenda to the Huffington Post. “They might hear other witnesses talking, or learn more about the event in the aftermath. After learning about things they didn’t actually see, they might come to believe they have a more complete memory than they really do.”

Another experiment showed participants a photo slide show of a crime and evaluated their retelling of the events based on the hours of sleep they had the week prior. Once again, the sleep deprived group recounted misinformation more than the others. And a final experiment tested the memories of participants who were up all night against those who had a full night’s sleep. The group that went without sleep had the highest false memory rate.

Based on Frenda’s study, eyewitness and false memory expert Henry Otgaar said the legal system should be very interested in how many times suspects or witnesses were interrogated, as well as how much sleep they had gotten before and after the incident because simple exhaustion, not criminal culpability, could be to blame for someone cracking under the pressure of an intense interrogation.

“For example, it might be tempting to think that maybe we should send witnesses home to rest before collecting their testimony,” Frenda told the Huffington Post. “But as more time passes, memories fade and become more vulnerable to distortion. So while you’re addressing one risk factor, you might be introducing others.”