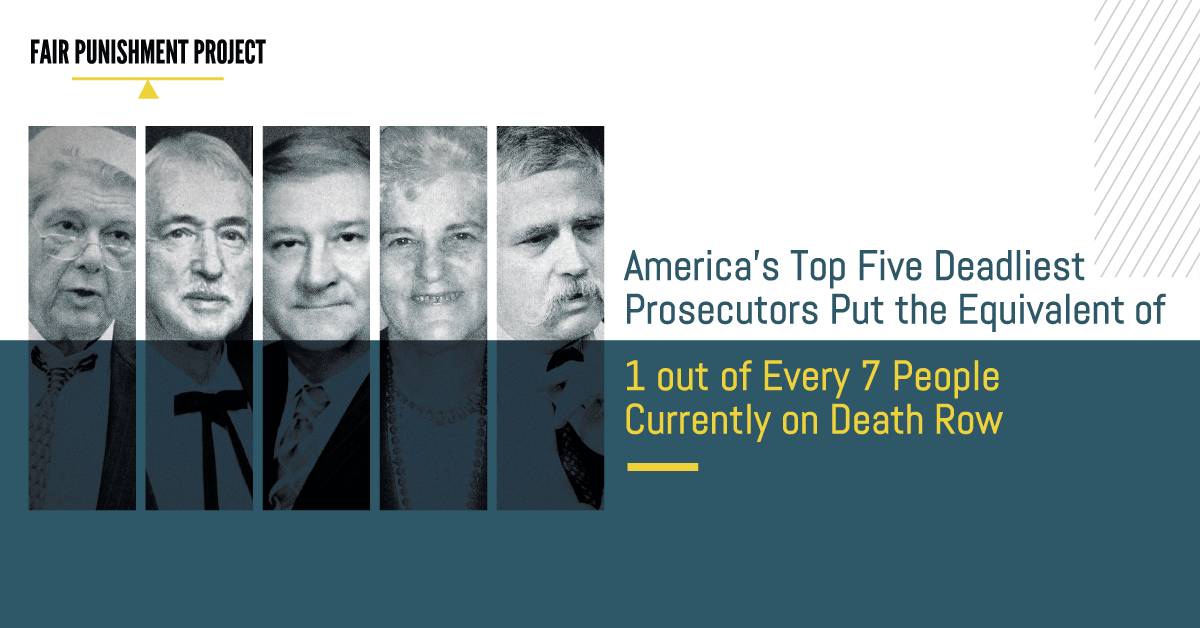 A report by the Harvard Law School’s Fair Punishment Project reveals that five prosecutors are responsible for a disproportionate amount of the nation’s death sentences.

The report dubs Joe Freeman Britt, Bob Macy, Donald Myers, Lynne Abraham and Johnny Holmes the “deadliest prosecutors” due to the high number of death sentences handed down during their tenure and the misconduct which led to the conviction of innocent people.

Joe Freeman Britt, whose track record as district attorney in Robeson, North Carolina, earned him a spot in the Guinness Book of World Records, was found to have committed misconduct in 14 of his death penalty trials, including those of Henry McCollum and Leon Brown--two brothers who were wrongfully convicted and sentenced to death for a 1983 rape and murder. During the brothers’ trial, Britt failed to notify the defense about a cigarette butt found at the crime scene. DNA testing of the cigarette butt linked another man to the crime and exonerated McCollum and Brown in 2014.

Prosecutorial misconduct was found in about one-third of former Oklahoma County, Oklahoma, District Attorney Bob Macy’s death penalty cases. According to the report, Macy’s misconduct directly contributed to the conviction of innocent people. Courts reversed nearly half of his death sentences, and three people sentenced to death under Macy were later exonerated and released.

Donald Myers, district attorney for the 11th District of South Carolina, has had six of his death sentences overturned due to his misconduct.

Lynn Abraham secured 108 death sentences during her tenure as district attorney for Philadelphia County, Pennsylvania, two of whom were later exonerated. According to the report, before leaving office, Abraham said she felt she had not secured a death sentence for anyone who did not deserve to die.

Deputy prosecutors under Johnny Holmes, District Attorney for Harris County in Texas, racked up 201 death sentences during his tenure, including that of Max Soffar, who was convicted based solely on a confession his attorneys say was coerced. Soffar died in April after a short battle with liver cancer, days before a hearing may have cleared his name.

The report was released in anticipation of the 40th anniversary of Gregg v. Georgia, the 1976 Supreme Court decision that upheld the use of the death penalty.