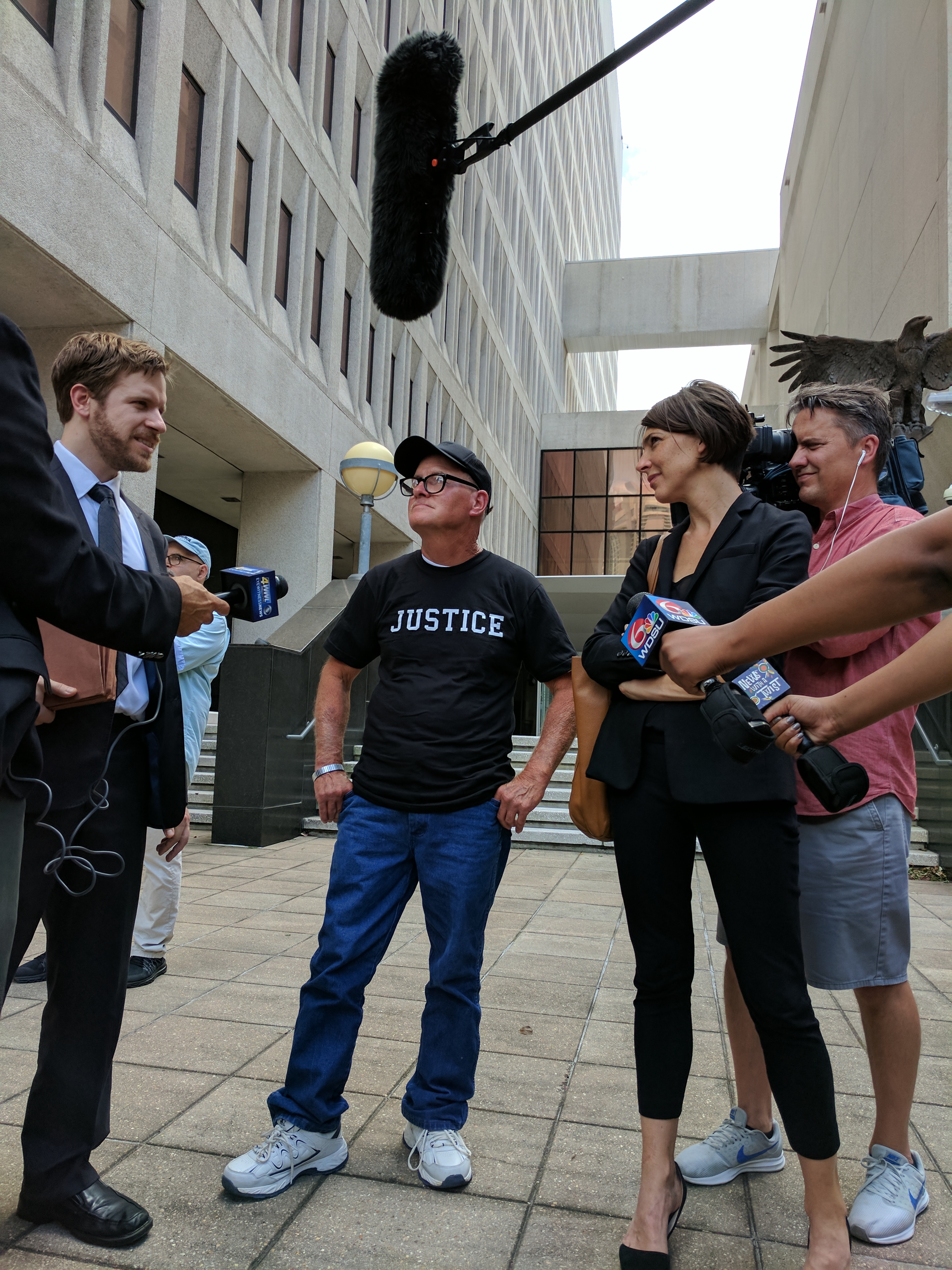 Innocence Project New Orleans client John Floyd was released today after 36 years in prison at Angola. In May, a federal judge threw out his murder conviction and ruled that he be retried or released within 120 days. The New Orleans District Attorney’s Office agreed to release Floyd on Thursday while it appealed the decision.

Floyd has been in custody since his arrest in 1981 for two separate murders in the French Quarter the previous year. According to the Associated Press, Floyd, who has an IQ of 59, says two detectives approached him in a bar and bought him several beers before arresting him. At the station, Floyd says the detectives beat him and coerced him into confessing to the murders.

The victims, William Hines and Rodney Robinson, were each found stabbed to death in their beds after apparently sharing a drink and having consensual sex with the perpetrator. Biological evidence recovered from crime scenes, some of which was never turned over to prosecutors, suggested the victims were killed by a man with Type A blood. Floyd has Type B blood. Fingerprints on the drinking glasses at each crime scene, which were also not turned over by police, also did not match to Floyd.

Floyd was acquitted of the murder charge for Robinson’s case, since his confession differed significantly from the details of the crime scene. He was, however, found guilty of Hines’ murder and was sentenced to life in prison.

In May, U.S. District Judge Sarah Vance said that no reasonable juror would have found Floyd guilty had they been presented with the biological and fingerprint evidence from the crime scene. She also noted that since Floyd’s confession to Robinson’s murder was inaccurate, his confession to Hines’ murder was likely also inaccurate.

“The result of the trial was a product of the judge not having all the information in front of him,” Innocence Project New Orleans Director Emily Maw told the Times-Picayune in May. “All the evidence points to it being somebody else. That’s not necessarily the fault of the ADAs in this case, but more the detective . . . on the case making an executive decision about what he would share.”