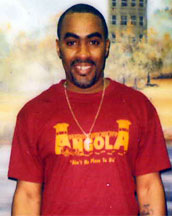 A New Orleans judge challenged prosecutors Monday about blood evidence pointing toward an inmate’s innocence in a 1988 rape case. Although blood tests provide exonerating evidence for Innocence Project client Booker Diggins, prosecutors claim that he waited too long to challenge the results. The District Attorney’s Office allegedly suppressed the blood tests until 2004.

Diggins was convicted based on the eyewitness testimony of the victim, who picked him out of a photo line-up as the assailant. Prosecutors knew that semen was recovered from the rape kit, but never shared this information with defense attorneys, so Diggins’ blood type was never tested, and therefore never compared to the semen from the perpetrator.

More than two decades after the conviction, Diggins’ own review of the case file revealed that the biological evidence had been withheld. DNA testing couldn’t be conducted because the evidence has been missing since Hurricane Katrina.

But after the Innocence Project filed an appeal seeking a hearing on the blood-type evidence in 2010, tests revealed Diggins’ innocence. The New Orleans Times-Picayune reported:

That’s because the report found no O-type secretions, and because the woman is a “non-secretor.” That means there was no mix of her type with the A-type found during an exam that might have masked Diggins’ blood type, Innocence Project Co-founder Barry Scheck said.

Even if Diggins’ trial attorney, Martin Regan, had the blood report during the trial — he says he didn’t — it would show that Diggins’ rights were violated by ineffective counsel, Scheck argued.

“Either way, Booker Diggins is not the man who committed this aggravated rape, and that’s clear,” Scheck said. The DA’s office “has done nothing but raise procedural issues here … It bothers me a lot. I haven’t heard the prosecutors’ answer to the scientific ones.”

background on the case