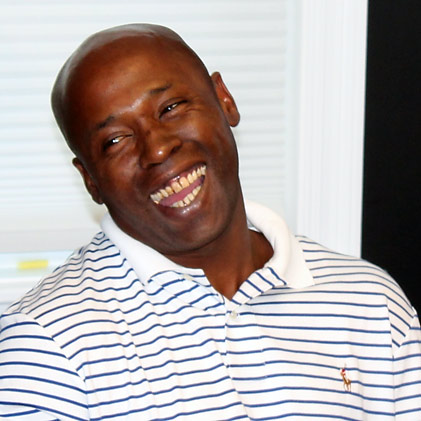 Nathan Brown, 40, was released from a New Orleans prison in June after serving more than 16 years for a 1997 attempted rape of which he was innocent. On Tuesday, Judge Ray Steib of the 24th Judicial District Court apologized to Brown for the years that he lost while being locked away for a crime that he did not commit, and told Brown that he is entitled to $330,000 in wrongful conviction compensation from the state of Louisiana.

reports that Brown will receive the maximum amount that the state will pay to exonerees. According to Louisiana’s compensation law, exonerees are allowed up to $25,000 for up to 10 years in prison, regardless of how long the wrongfully convicted person was incarcerated, with a cap set at $250,000. Brown is entitled to request an additional $80,000 to compensate him for the opportunities he lost while imprisoned.

Brown was wrongly convicted in 1997 of attempting to rape a woman, then 40, who lived in his apartment complex. Though Brown had an alibi for the time of the crime, he was tried, convicted and sentenced in one day. His conviction was based entirely on the identification by the victim who claimed that she was positive that Brown was her assailant.

In December of last year the Innocence Project requested DNA testing of crime scene evidence. Results confirmed what Brown had insisted all along, that he was innocent. The DNA profile matched to a man who lived near the apartment building in 1997 and is now serving time in Mississippi for an unrelated crime.

, Assistant Attorney General Colin Clark was in court on Tuesday to speak to Brown’s innocence and to request that the state compensate him for the time he spent in prison.

Clark said, according to the

, “When the state makes a grievous mistake, such as here, it’s altogether fitting and proper that the state take responsibility for the wrong that was committed. Although the attorney general did not prosecute the case, the attorney general’s office is here to make it right and asks this court to compensate Mr. Brown to the maximum extent allowed by law.”