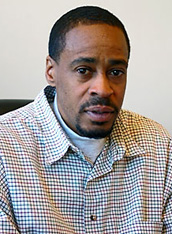 The Monmouth County Prosecutor’s Office agreed Friday to allow testing of DNA evidence from a 1988 rape which could prove the innocence of Dion Harrell, who served four years of an eight-year sentence for the crime. The office previously denied requests by the Innocence Project to allow testing of the evidence, which was collected before DNA testing was available in New Jersey.

Representatives of the prosecutor’s office called Innocence Project Senior Staff Attorney Vanessa Potkin on Friday afternoon to say they were dropping their opposition to the DNA testing. Potkin was scheduled to go before Superior Court Judge Ronald L. Reisner later this month to request that he order testing of the evidence.

“The call was unexpected, but not entirely a surprise because this is such a clear-cut case for DNA testing,’’ Potkin told the

. “We were confident that Mr. Harrell would get the testing, ultimately. We believed we were wasting time and resources, fighting over whether there could be a simple test that could prove his innocence.’’

Harrell was identified by the victim as the person who attacked her after seeing him in the area a few days after the incident. The victim said she did not know the assailant, but Harrell frequented the McDonald’s where she worked. Harrell had an alibi which was corroborated during his trial by witnesses who said he was playing basketball on the night of the crime and later went to a friend’s house. The only other evidence was that his blood type matched that found at the scene, which, Potkin said, is very common and not a reliable means of identifying a perpetrator.

Harrell was released on parole in 1996 but struggles to comply with the provisions of Megan’s Law, which requires that convicted sex offenders report their whereabouts annually.

“He’s had a very rough time,” Potkin told the

. “He’s currently having trouble finding permanent housing and a job. His life has been a big struggle since this situation.’’

The prosecutor’s office agreed for the testing to be done by the New Jersey State Police and also by an independent private laboratory.