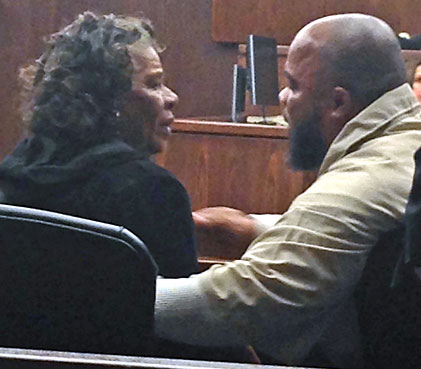 Gerard Richardson speaks with his 78-year-old mother, who hadn’t seen him since the day of his conviction.


Almost 20 years after Gerard Richardson was convicted of the 1994 murder of Monica Reyes in Elizabeth, New Jersey, a Somerset County Superior Court Judge overturned the conviction today, paving way for his release later this week.

Richardson, who, upon request, was unshackled by court officers at the start of the hearing, was joined in court by more than a dozen relatives and a bus-load of Innocence Project staffers from New York City.

At the conclusion of the hearing, Judge Marino allowed Richardson a brief visit with his 78-year-old mother, who hadn’t seen him since the day he was convicted.

It remains unclear if the prosecution will agree to dismiss the indictment or seek further investigation, but Van Hise is expected to make a decision on the matter by December 17.