Today, Superior Court Judge Joseph Portelli ordered Innocence Project client Eric Kelley and his co-defendant Centurion client Ralph Lee to each be released on $20,000 bail. Last month, Judge Portelli vacated the men’s 1996 murder and robbery convictions based on DNA results which exclude them and point to another man linked to a similar crime.

In 1996, Kelley and Lee were sentenced to life in prison for the 1993 murder of Tito Merino in Paterson, New Jersey. But DNA testing of a hat found at the crime scene excluded both Kelly and Lee and matched to another man—Eric Dixon—who matched to the age and physical description of the person a witness observed in the store around the time of the murder. 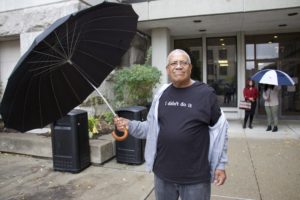 According to a NJ.com, Judge Portelli said at the bail hearing, “Now that you have the DNA, it changes the whole dynamic of the trial.”

Reacting to the news that Kelley would be released on bail, his brother Troy said, “Wow, this is finally going to happen. For it to come this far, get granted a new trial. It’s amazing. Twenty-four years — I have no worries. I am just so happy for him. I wish my mother and father were here to see this.”

Lee’s father, Ralph Lee Sr. plans to put Ralph Jr. to work as soon as he’s released. He noted, “It’s been a long time. It’s a lot of work; it ain’t easy. I am glad they will be out, and I can be with him. I have a job for him at my small business of waxing wood floors. Ralph started working with me at age 11. He’s a good worker.”