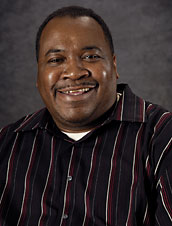 
In an op-ed in Sunday’s

discusses the need to increase compensation for the wrongly convicted in New Jersey.

Shephard was convicted in 1985 of raping and robbing a woman in a parking lot. Two men assaulted the victim, but only Shephard, who was misidentified, was charged with the crime. He served nearly 10 years in prison before DNA testing exonerated him.

Four years after his release, Shephard was compensated for his time behind bars.


Although it was a start, the amount was woefully inadequate to help me begin rebuilding my life — barely enough to cover some health care costs and basic legal fees.

Given my experiences, and my testimony in support of a similar proposal last year, I was thrilled to learn that the Legislature recently passed a bill that, if signed by Gov. Chris Christie, will increase compensation for the wrongly convicted from $20,000 to $50,000 per year of wrongful imprisonment.

I don’t stand to benefit from this law personally, but I feel compelled to urge the governor to sign this bill for those who will fall victim after me. Adequate monetary compensation simply provides a beginning — an opportunity to begin to rebuild what for many of us are shattered lives.

Despite being forced to re-enter the workforce with a 10-year gap on his resume, Shephard has come a long way. He now lives with his wife and children in Newark, New Jersey and works for Essex County.

, which is not retroactive, also proposes non-monetary compensation for eligible individuals, including tuition assistance, housing assistance, health insurance and more. About half of the states provide compensation to the wrongfully convicted, though these laws vary greatly.

If you live in New Jersey,

27 States Have Compensation Statutes: Is Yours One?