New Filing: Melissa Lucio, Who Suffered a Lifetime of Abuse, is Innocent and Her Execution Date Should be Withdrawn

“There is too much doubt to execute Melissa Lucio." 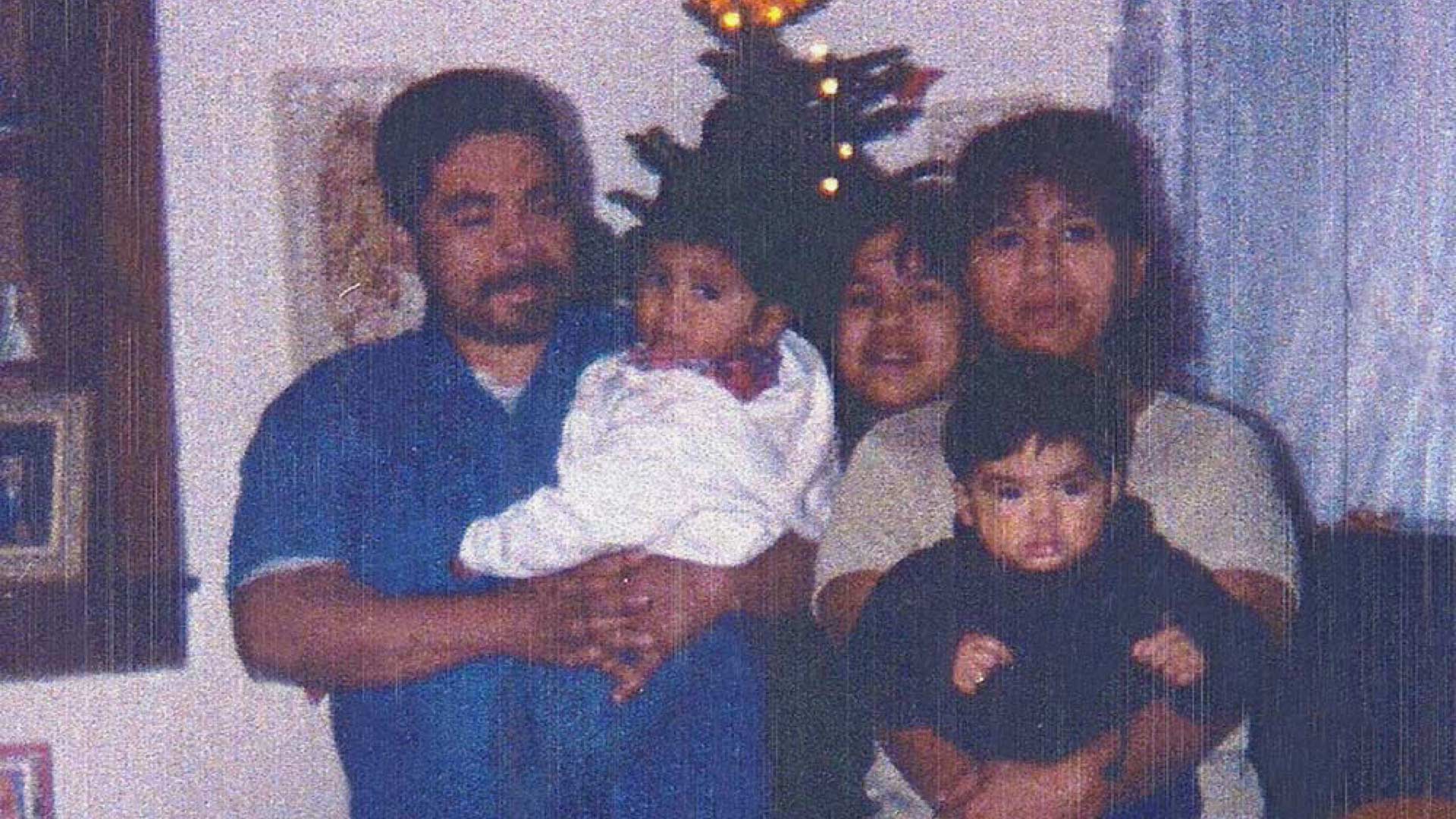 (Brownsville, Texas) Attorneys for Melissa Lucio today filed a motion to withdraw or modify her April 27, 2022 execution date. The filing in the 138th Judicial District Court of Cameron County asserts that Melissa was wrongfully convicted and sentenced to death for the accidental death of her two-year-old daughter, Mariah. Melissa, a Mexican-American from the Rio Grande Valley, is on death row despite forensic and eyewitness evidence that her daughter died from a head injury she suffered in a fall. Mariah’s death was a tragic accident, not a murder.

“Police immediately jumped to the conclusion that Mariah had been murdered and never considered medical and scientific evidence that could have established Mariah died after an accidental fall,” said Vanessa Potkin, Director of Special Litigation at the Innocence Project, and one of Melissa’s attorneys. “While pregnant with twins, Melissa was subjected to a five-hour, late-night and aggressive interrogation until, physically and emotionally exhausted, she agreed to say, ‘I guess I did it.’ Melissa suffered a lifetime of sexual abuse — starting when she was only six years old — and domestic violence, which made her especially vulnerable to the police’s coercive interrogation tactics.”

“Texas tore this family apart through the cruelty and injustice of Melissa’s wrongful conviction. Her children, mother, and siblings have been traumatized by Melissa’s arrest, prosecution, and death sentence. The State’s rush to set an execution date where there exists a strong innocence claim is alarming,” said Tivon Schardl, Chief of the Capital Habeas Unit of the Federal Defender for the Western District of Texas, and one of Melissa’s attorneys. “The State is also ignoring Melissa’s right to exercise her Roman Catholic faith and pending litigation in the United States Supreme Court that directly implicates this right.”

“There is too much doubt to execute Melissa Lucio. Too many questions remain about the results of the autopsy, the conduct of interrogators, prosecutors, and courts, and Melissa’s mental impairments,” said Potkin. “Withdrawing the execution date so that the District Attorney, the courts, the Texas Board of Pardons and Paroles, and the Governor can undertake a meaningful review of Melissa’s innocence case, the coercive tactics used in her interrogation, and her lifetime of sexual abuse and domestic violence is the common-sense position and imperative as a matter of basic fairness.”

Melissa’s lifetime of abuse made her especially vulnerable to coercive interrogation tactics that resulted in a false “confession.”

On February 15, 2007, as Melissa was moving her family to a new apartment, her two-year-old daughter Mariah fell down a steep flight of outdoor stairs which led to their apartment. Mariah had a mild physical disability that made her unstable when walking. She had fallen before. Mariah appeared uninjured after the fall, but two days later, she went down for a nap and did not wake up. (Motion at pp. 6-7.)

Within hours of losing her daughter, grieving, numb with shock, and pregnant with twins, Melissa was hauled into an interrogation room where armed, male police officers stood over her, yelled and berated her, and accused her of causing her daughter’s death.

Melissa repeatedly told the police that she did not kill her daughter. But the officers continued to threaten her and used coercive interrogation techniques that are notorious for their tendency to produce false confessions, particularly when applied to vulnerable people like Melissa who suffer from trauma. (Motion at pp. 8-11.)

After over five hours of interrogation, Melissa was emotionally and physically exhausted. In response to a Texas Ranger’s repeated demands, Melissa finally acquiesced and said, “I guess I did it.” (Motion at p. 8.)

At the time of her arrest, Melissa had no record of violence. Thousands of pages of protective service records and recorded interviews with her children—including visits with the children shortly before and immediately after Mariah’s death—show that Melissa was not abusive. (Motion at p. 30.)

Melissa’s conviction is based on two of the leading causes of wrongful convictions of women: false admissions made during police interrogation and faulty forensic evidence.  Approximately 40% of exonerated women were wrongly convicted of harming children or other loved ones in their care and nearly 70% were wrongfully convicted of crimes that never took place at all — events that were accidents, deaths by suicide, and fabricated — according to data from the National Registry of Exonerations.

Melissa was especially vulnerable to the aggressive, intimidating, and psychological interrogation tactics of the police and male authority figures.

When Melissa was just six, two adult male relatives began sexually abusing her, preying on her when her mother was not home. (Motion at p. 4.) As a young teenager, she was raped again.

At age 16, Melissa got married as a child bride. Although this marriage would otherwise be against the law in Texas, it was permitted because Melissa’s mother gave consent. Melissa’s first husband was a violent alcoholic and drug dealer. He abandoned Melissa after she gave birth to their five children. (Motion at p. 5.)

Melissa’s next partner continued the cycle of violence and abuse. She had seven children by her second husband. He beat Melissa, choked her, repeatedly raped her, and threatened to kill her. The family sunk deeper into poverty and was intermittently homeless. (Motion at pp. 5-6.) By the time Melissa was 35, she was struggling with physical abuse, PTSD, addiction, and poverty. She had given birth to 12 children and suffered multiple miscarriages.

These experiences, and years of supervision by protective services—for her inability to provide for the children, never abuse—left Melissa weak and obliging in the face of authority figures and aggressive men. A Texas Ranger recklessly exploited Melissa’s vulnerabilities, first being soothing, then angry, taking down her hair, then pushing her to copy his demonstration of physical abuse. (Motion at p. 10.)

But in 2008, Cameron County District Attorney Armando Villalobos was seeking reelection and decided to prosecute Melissa for capital murder. Lacking any physical evidence or eyewitness linking Melissa to Mariah’s death, DA Villalobos’ team characterized Melissa’s acquiescence during the coercive interrogation as a “confession.” DA Villalobos was corrupt: he is now serving a 13-year federal prison sentence for bribery and extortion.

At Melissa’s capital trial, Melissa’s attorneys tried to present expert witnesses who could have explained that Melissa’s response to the Ranger showed the results of her traumatic experiences, not guilt. The DA objected, and the trial court ruled that this evidence was “irrelevant.” That ruling deprived Melissa of the only means she had of explaining why she took responsibility although Mariah’s death was an accident. (Motion at pp. 12-16.)

The trial court prohibited this testimony but allowed the Texas Ranger who coerced Melissa’s incriminating statement to testify for the prosecution that Melissa’s slumped posture, passivity, and failure to make eye contact told him that she was guilty. (Motion at pp. 11-12.)

The jury did not hear Melissa’s defense or mitigating factors. Melissa’s trial attorneys were not prepared for the penalty phase of the trial. Lead counsel hamstrung his mitigation specialist and expert until weeks before the trial began. As a result, Melissa’s mitigation specialist never completed her investigation and the jury never learned about the extent of Melissa’s history of child sexual abuse and domestic violence.

The jury never heard how Melissa’s history of trauma and abuse shaped her reactions immediately following her daughter’s death. Without that context, the jury convicted Melissa of capital murder. By contrast, Melissa’s partner, Mariah’s father, was sentenced to four years for endangering a child.

The omission of this mitigating evidence was particularly damaging because the prosecution had a weak case for death. Melissa had no prior record of violence and the State’s sole evidence of future dangerousness was the death of Mariah and a prior conviction for driving under the influence.

So far, the courts’ hands have been tied.

A majority of judges have agreed that the exclusion of the psychologist’s expert testimony, which would have provided an explanation for Melissa’s acquiescence during the coercive interrogation, was wrong, but decided that current federal law limits the courts’ ability to intervene. (Motion at pp. 18-19.)

A panel of federal judges on the Fifth Circuit Court of Appeals held that Melissa was denied her constitutional right to present a meaningful defense. In a unanimous three-judge opinion, the court ruled that providing an explanation for her incriminating statements during the interrogation, which she was not permitted to do, was the most significant evidence in the case since there was no physical evidence or witness testimony establishing that Melissa abused Mariah or any of her children, let alone killed Mariah.

Texas appealed to the full 17-member Fifth Circuit. Ten of 17 judges agreed that the exclusion of the psychologist’s testimony skewed the evidence against Melissa, but three of the 10 joined seven other judges in holding that the Anti-Terrorism and Effective Death Penalty Act (AEDPA) — a law that has been widely criticized for unfairly curtailing review, including of innocent people — barred relief for Melissa. Seven judges dissented from the opinion denying relief for Melissa with four writing separate dissenting opinions to express their outrage. (Motion at pp. 18-19.)

The motion provides further grounds for withdrawing or modifying Melissa’s execution date, including the need for additional state court proceedings on her actual innocence, intellectual disability, newly-discovered false testimony, and testimony based on “junk science;” the COVID pandemic has created obstacles to preparing claims and present a threat to the health of people who may attend the execution; the execution date does not allow Melissa a fair opportunity to present her case for clemency; ongoing litigation before the Inter-American Commission on Human Rights; and ongoing litigation challenging Texas Department of Criminal Justice rules that do not allow a prisoner to have their spiritual advisor pray audibly or lay hands on them in the execution chamber, thus violating their religious liberty. (Motion at pp. 2-3.)

A meaningful review of Melissa’s innocence case is needed before an irreversible injustice occurs.

A broad, diverse, and growing coalition, including the Innocence Network, Cornell Law School Center on the Death Penalty Worldwide, domestic violence and battered women’s organizations, former prosecutors, experts in gender-based violence, and law professors have expressed support for Melissa and have stated that, as a survivor of sexual abuse and domestic violence, she was especially susceptible to making a false confession or incriminating remarks during a coercive interrogation.

According to the Death Penalty Information Center, since 1973, 186 people have been exonerated from death row, including 16 in Texas, and the number of people whose lives were taken before they were able to prove their innocence is unknown.