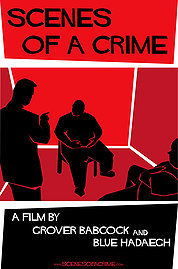 “Scenes of a Crime” showing now at Cinema Village in New York City examines the confession and 2009 conviction of Adrian Thomas. After ten hours of interrogation, Thomas confessed to killing his four-month-old son in a shaken baby syndrome case. The documentary features police video recordings of the interrogation, interviews with law enforcement, defense, the defendant, and a sociologist who studies police interrogation techniques, to explore the credibility of the confession.

The phenomenon of false confessions has been hotly debated in New York State this year. While the Court of Appeals recently decided to

permit false confession experts to testify in some cases

, the New York State Legislature still has not mandated video recording of interrogations as is required by law in Illinois, New Jersey, North Carolina and several other states.

Scenes of a Crime

The film will play at Cinema Village through next week.