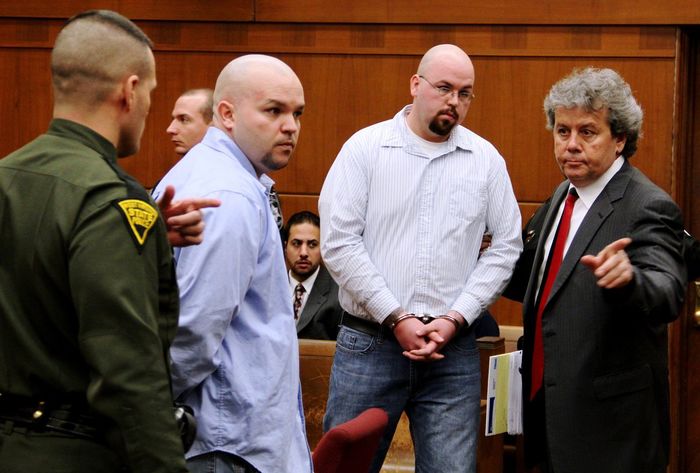 On August 8, 2002, Deanna Crawford’s body was discovered in a remote and isolated region of Cabell County, West Virginia. Crawford had been strangled, beaten and likely raped. Five years passed without police developing any leads.

Brothers Nathan and Philip Barnett and their friend Justin Black were indicted in May 2007 based on three conflicting “confessions” provided by a man named Brian Dement over the course of an eight-hour overnight interrogation after an unrelated arrest. Although none of Dement’s “confessions” comported with the facts of the crime scene, all four men were convicted for Crawford’s murder although no physical evidence connected any of them to the crime.

Yesterday, the Barnetts’ and Black’s defense attorneys received results of DNA comparisons conducted by the West Virginia State Crime Laboratory that revealed a match between DNA obtained from a cigarette butt found at the scene and DNA obtained from semen found on the victim’s pants that were left beside her body. The Barnett brothers and Black were excluded as contributors to this DNA profile.

The DNA obtained from both the cigarette butt and the semen on the victim’s pants matched the DNA of Timothy Smith, a convicted sex offender from Lawrence County, Ohio who lived in Huntington, West Virginia at the time of the murder. Smith is currently incarcerated in Ohio for failing to update his address as a sex offender.

According to newly unsealed court records, private investigators have talked to Timothy Smith’s ex-wife who remembers Smith coming home in 2002 with unexplained blood on his hands and money. Shortly thereafter, she remembers seeing the murder coverage on television.

“DNA is a truth-teller, and what it has told us is that DNA obtained from semen matching a convicted sex offender was found on the victim’s pants and on a cigarette butt collected at the remote crime scene. This can only be seen as fully exculpatory.”

“DNA is a truth-teller, and what it has told us is that DNA obtained from semen matching a convicted sex offender was found on the victim’s pants and on a cigarette butt collected at the remote crime scene. This can only be seen as fully exculpatory,” said Innocence Project senior attorney Karen Thompson, who currently represents Philip Barnett.

Today, the Barnetts’ and Black’s attorneys filed a joint supplemental motion that presents the results of the newly discovered DNA comparison. It also provides additional information to support Philip Barnett’s petition for bail—after Black is released on parole next week, Philip will be the only one of the trio still in prison.

The judge set a hearing date for August 30 to consider Philip Barnett’s case, as well as the possibility of vacating the other sentences.

“Despite having this pile of irrefutable scientific proof—more than was used to convict Philip, his brother and Justin Black—the state of West Virginia continues to make excuses for the true assailant. I hope that the court will grant Mr. Barnett’s bail motion as soon as possible and vacate this unjust, inexcusable conviction,” said Thompson.