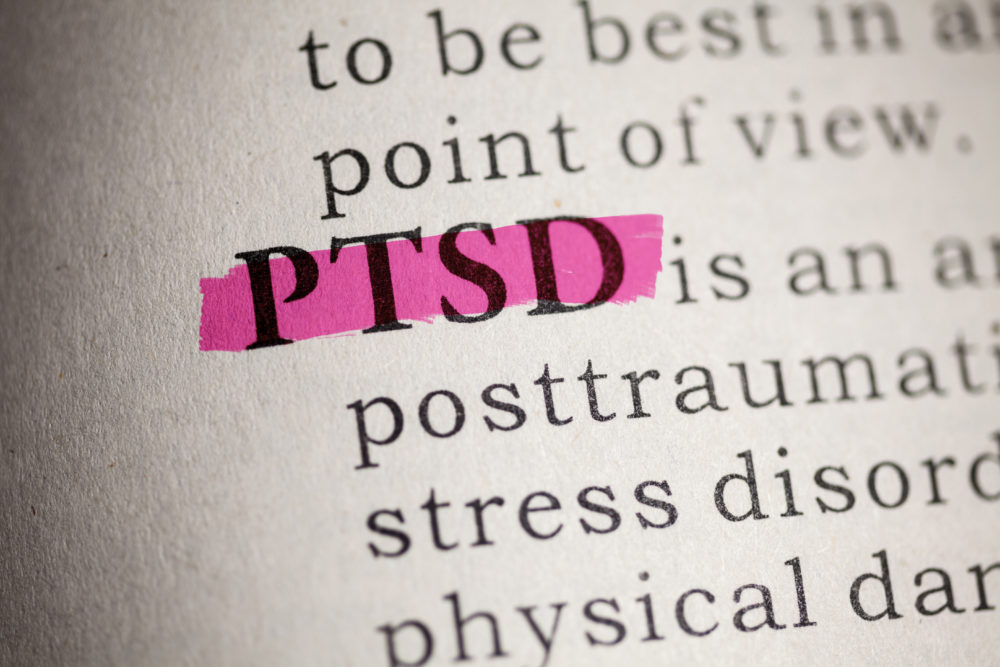 June 27 is National Post-Traumatic Stress Disorder (PTSD) Awareness Day in the United States. In recognition of the day and the month of June, which has been deemed PTSD Awareness Month by the National Center for PTSD, today the Innocence Blog is publishing a special Q&A with Ginny Lefever, an Ohio exoneree who is conducting research around PTSD, specifically as it relates to people who’ve been wrongfully convicted. Lefever is one of the only people in the country focusing on this issue.

For many years, PTSD was largely associated with individuals who’d survived war, particularly soldiers or people who lived in battle-inflicted places. In more recent years, however, research has revealed that many others—survivors of torture, terrorism victims, and wrongfully convicted individuals—are also prone to developing the disorder.

As defined by the National Institute of Mental Health, PTSD is “a disorder that develops in some people who have experienced a shocking, scary, or dangerous event.” Read below to learn what Lefever says about how the disorder manifests in the lives of wrongfully convicted people and the ways that people are learning to cope. And, if you are an exoneree or someone who has been wrongfully convicted, and you are interested in participating in Ginny’s research study, you can contact her at [email protected] Your information and participation will be kept confidential.

Innocence Blog: What does PTSD look like for someone who has been wrongfully convicted?

Ginny Lefever: There are a couple of behaviors that are particularly symptomatic of PTSD.  People who develop it have seen or lived through some scary or shocking, dangerous event.  And there’s probably nothing more scary or shocking than to be suddenly accused of a crime that you did not commit and to then be taken away from everything you know and love and put in a cage.

Particular signs and symptoms are things like recurring nightmares, inability to focus and always being on guard; that hypervigilance—it’s a hallmark decider [of PTSD]. It is always sleeping with one eye open.  You go into what is almost like paranoia. There’s always a level of concern.

Personally speaking, I feel like when I’m in casual conversation with people, I’m sort of on guard because I don’t want to say something that is going to reveal that I have a big hole in my life. When I talk to colleagues about changes in the way things were treated or diagnosed, I don’t want to say, “When did they start doing that?” and they respond, “Well, 15 years ago, where were you?” I’m always leery that that’s going to come up.  It doesn’t usually come up, but if somebody were to ask that question, what would I say?

For other people, that hypervigilance manifests in different ways. Because there’s a spectrum—such as with autism—not everybody has every symptom, but if you have enough of them you are diagnosed as having PTSD.

IB: What are some of the physical effects of PTSD?

GL: It increases your risk of cardiovascular disease, diabetes, hypertension, eating disorders, substance abuse, irritable bowel syndrome, sexual dysfunction, migraines, fibromyalgia, chronic obstructive pulmonary disease, arthritis, pain disorders, cancer and asthma. (That information is from 2007 in the New England Journal of Medicine.) And approximately 80% of patients with PTSD have at least one co-morbid psychiatric disorder; those include depression, substance abuse and other anxiety disorders.

The highest percentage of any given population is among Vietnam Veterans, with an estimated 27%—one in four—of them having symptoms of PTSD. But I’d stake my education on the fact that we [exonerees] could beat them, not that that’s something that you’d want to win at.

IB: What are the treatments for PTSD and are they effective?

GL: PTSD is a chronic illness. And like a lot chronic illnesses, it can be managed and there are couple of ways that it is managed.  One is through medication. The medications that are particularly useful for that are the serotonin reuptake inhibitors (SSRIs)—Paxil, Zoloft and Prozac—that second generation of anti-depressants.

On the other side of that, there’s psycho-therapy. Particularly cognitive behavioral therapy has been helpful. And, of course, the most effective course of treatment is a doing both [medication and cognitive therapy].

IB: If you’re dealing with these symptoms daily, it sounds as though there isn’t a complete sense of freedom, even though you’ve been released and exonerated.

GL: Everyday isn’t horrible. I work full-time. I’m in school.  We go on with our [lives]. And I’m not the only one doing stuff.  Jarrett Adams graduated from law school and is speaking everywhere. And other people are doing things.  But, it just becomes a part of your life.  It’s like something you have to cage and contain to live on this side of the fence.

I think one of the saddest things I’ve ever heard is a couple of exonerees comment that they were freer in prison because they didn’t have to try to fit in—at least they knew what to do there. That’s really tragic.

Take this quiz to learn more about PTSD: