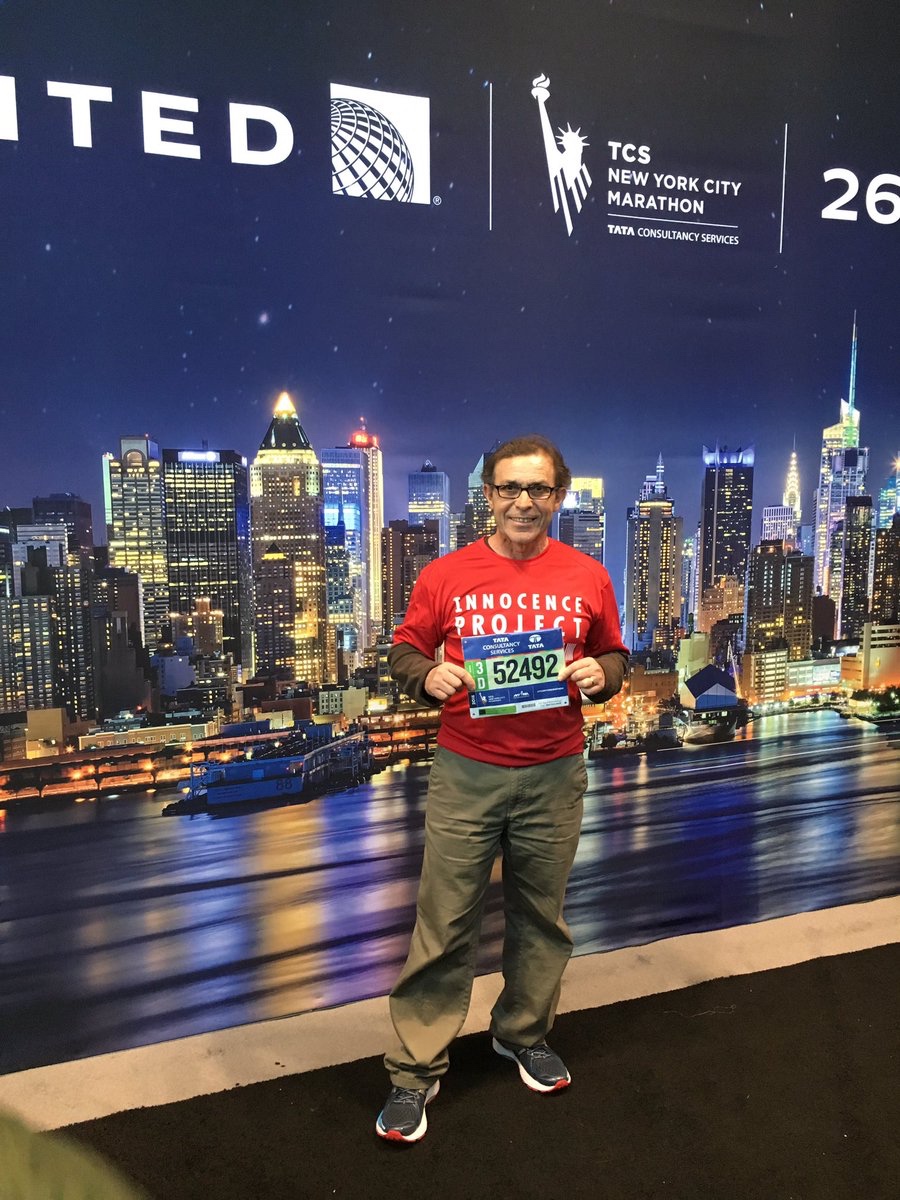 Victor Rosario before he ran the 2016 NYC Marathon with Team Innocence Project!

In honor of National Poetry Month, today we are featuring a poem titled Inside the Cage, which CPCS Innocence Program (CPCS) and New England Innocence Project (NEIP) exoneree Victor Rosario wrote in 2013 while he was incarcerated for a crime he did not commit.

In 1983, Rosario was convicted of eight counts of murder and one count of arson and was sentenced to life in prison. In 2006, attorney Andrea Petersen began reinvestigating Rosario’s case and eventually involved NEIP and CPCS. In 2012, Lisa Kavanaugh of CPCS and Petersen filed a third motion for a new trial.

In July 2014, Middlesex County Superior Court Judge Kathe Tuttman vacated Rosario’s convictions, granted him a new trial and ordered him free on bond. When the prosecution appealed, the Innocence Project, NEIP, and the Boston College Law School Innocence Program filed an amicus brief insisting that Judge Tuttman’s ruling be upheld. In May 2017, the Massachusetts Supreme Judicial Court affirmed Judge Tuttman’s ruling, and in September 2017, the prosecution dismissed the charges. After 32 years in prison, Victor Rosario was finally free.

Hopeless, a wing spreads down

And limp. And the eyes open

Looking for something to eat.

Here I am in this cage.

No water, no food, no one cares

If I die or live!

I want to spread my wings

And fly over the sea.

Over, turn on the wind

Please. Allow it to take

Me under His shadow of love.

My beak is broken

Trying to slide the bolt open

And I am too tired to sing.