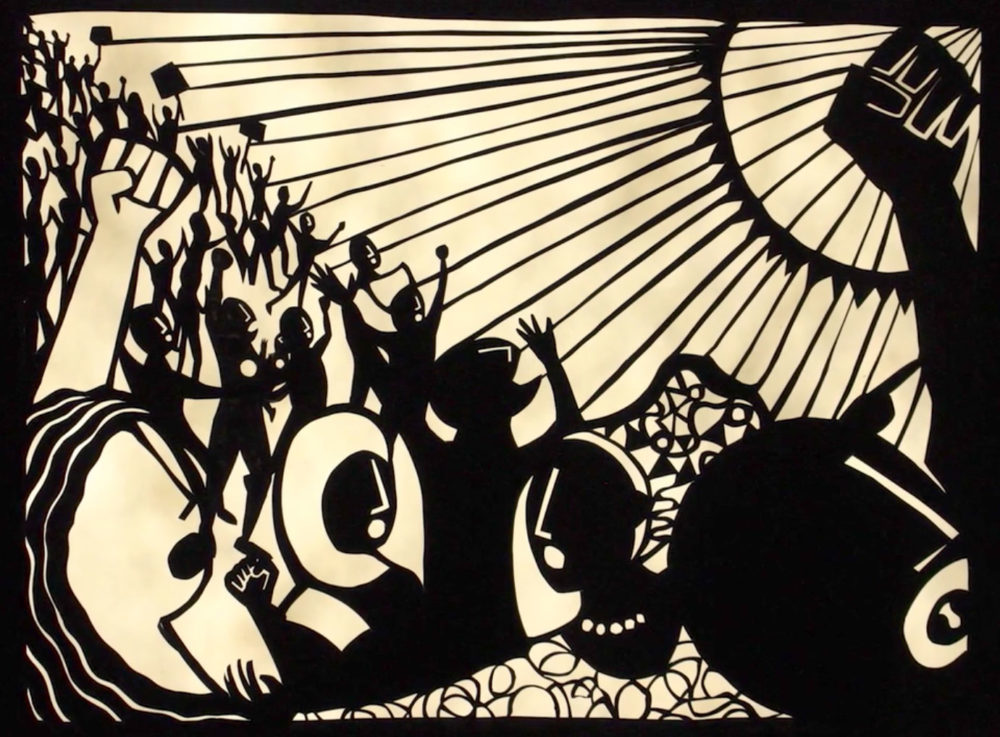 As April comes to an end, so too does the Innocence Project’s celebration of National Poetry Month. And what a meaningful four weeks it has been. The poems that we have had the privilege of reading and sharing on the Innocence Blog were acutely relevant and powerful in light of the various cases that we’ve discussed and worked on in recent weeks. The Innocence Blog thanks all of those who submitted poetry. Your poems stand as a true testament to the power of words.

Today, for the last poem of the month, we are featuring the unique work of artist Andrew Benincasa, a Brooklyn-based artist and animator who creates stunning handmade paper-cut compositions. Describing his work as a “synthesis of stories and art,” Benincasa created a video of illuminated paper-cut pictures that are animated to the words of Nobel Prize-winning poet Seamus Heaney’s The Cure at Troy, which Heaney read in honor of the Innocence Project in 2013 just months before he died.

Seamus Heaney’s The Cure at Troy with Illuminated Pictures from Andrew Benincasa on Vimeo.

Benincasa said that he became familiar with The Cure at Troy years ago when he was a teacher in New York City and was experiencing a particularly difficult period in his life. He found Heaney’s words fortifying.

“What I love about the poem is that it’s about a historical reality—one of hardship. But it tells us about the role that individual and collective hope can play in transforming history,” says Benincasa.

To learn more about Benincasa and to see some of the other impressive videos he’s produced, check out his website.