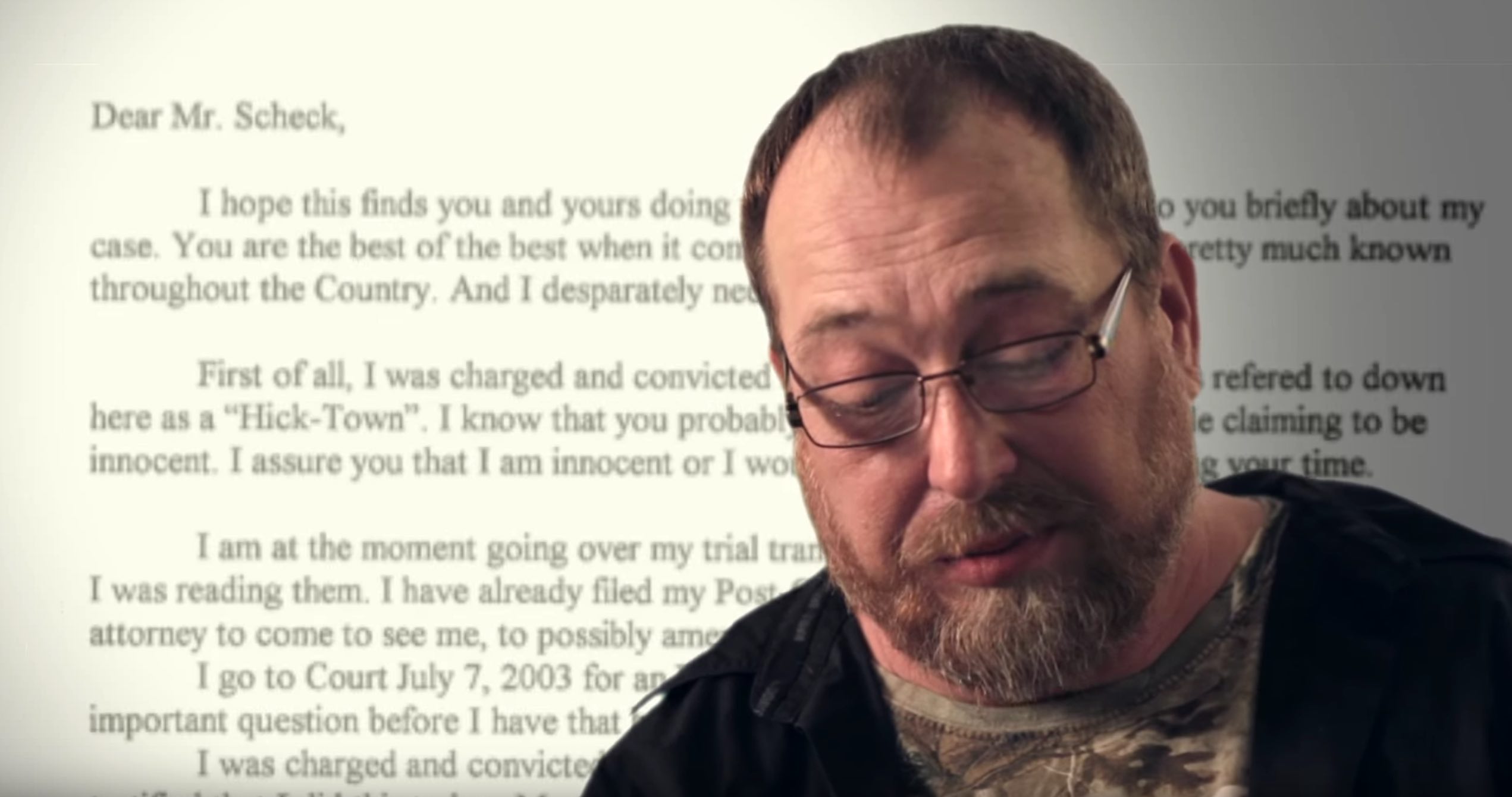 Today marks the two-year anniversary of Innocence Project client Randy Mill’s exoneration. To honor Mills and his freedom, we are sharing excerpts from the first letter that we ever received from him, requesting our assistance in his wrongful conviction case.

Mills was wrongfully convicted in January 2000 of rape of a child and aggravated sexual battery.  After spending 11 years in prison for a crime he didn’t commit, he was released when the Innocence Project found data from the state’s original DNA testing in the case which revealed that the state had misrepresented the results of those tests; Randy was excluded from the DNA results. But Randy was not exonerated; he entered into an agreement that didn’t require him to plead guilty, but did demand that he register as a sexual offender.

The burdens of sex offender registration significantly limited Mills’ ability to work as well as his home life. Mills could not see his grandchildren and was prohibited from leaving the state to visit the grave of his son, who died during Mills’ decade-long incarceration. Mills continued to fight his conviction and, on November 19, 2013, the Tennessee Court of Criminal Appeals found that all of Mills’ convictions should be overturned based on the DNA evidence. Faced with aggressive defense, in April of 2014, the Marshall County prosecutor announced that he would not call for a retrial. Mills was exonerated.

Today we celebrate Mills and his fight for redemption and freedom, and we look back on his initial letter that started it all.