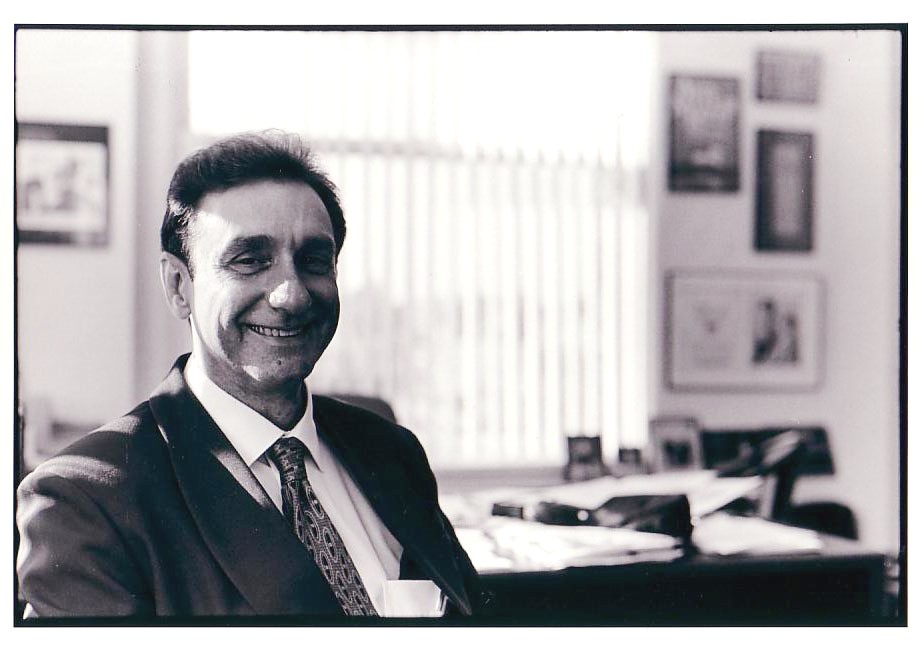 On April 15, 1999, Dennis Fritz and co-defendant Ron Williamson were exonerated of murder and freed from prison in Oklahoma based on DNA evidence. Eleven years prior, Fritz and Williamson had been wrongly convicted, in Pontotoc County of the murder of a 21-year-old woman whose body had been found six years earlier. Fritz’s conviction was based on the testimony of a forensic analyst who said that 11 pubic hairs and two head hairs from the crime scene were “consistent” with Fritz’s hair. “This means they match, if you want it in one word,” the analyst testified. Fritz was sentenced to life in prison. Williamson was sent to death row; at one point, he came within five days of execution. Fritz reached out to the Innocence Project for help in 1996.

After their release, Williamson and Fritz filed a civil lawsuit against the Pontotoc County district attorney and others, which was settled for an undisclosed amount of money.

Sadly, on December 4, 2004, Williamson died, surrounded by his family. He had recently been diagnosed with cirrhosis of the liver.

“I have been wrongly incarcerated for the last (9) years for a murder and rape charge that I know absolutely nothing about.” Dennis Fritz

Williamson and Fritz’s case is the subject for John Grisham’s first nonfiction book, The Innocent Man: Murder and Injustice in a Small Town, which was published in 2006 and was a bestseller.

As part of the Innocence Project’s participation in National Letter Writing Letter Month, and to celebrate the anniversary of Fritz’s and Williamson’s day of exoneration, today we’re sharing the first letter that Fritz wrote to the Innocence Project requesting our assistance in his case. 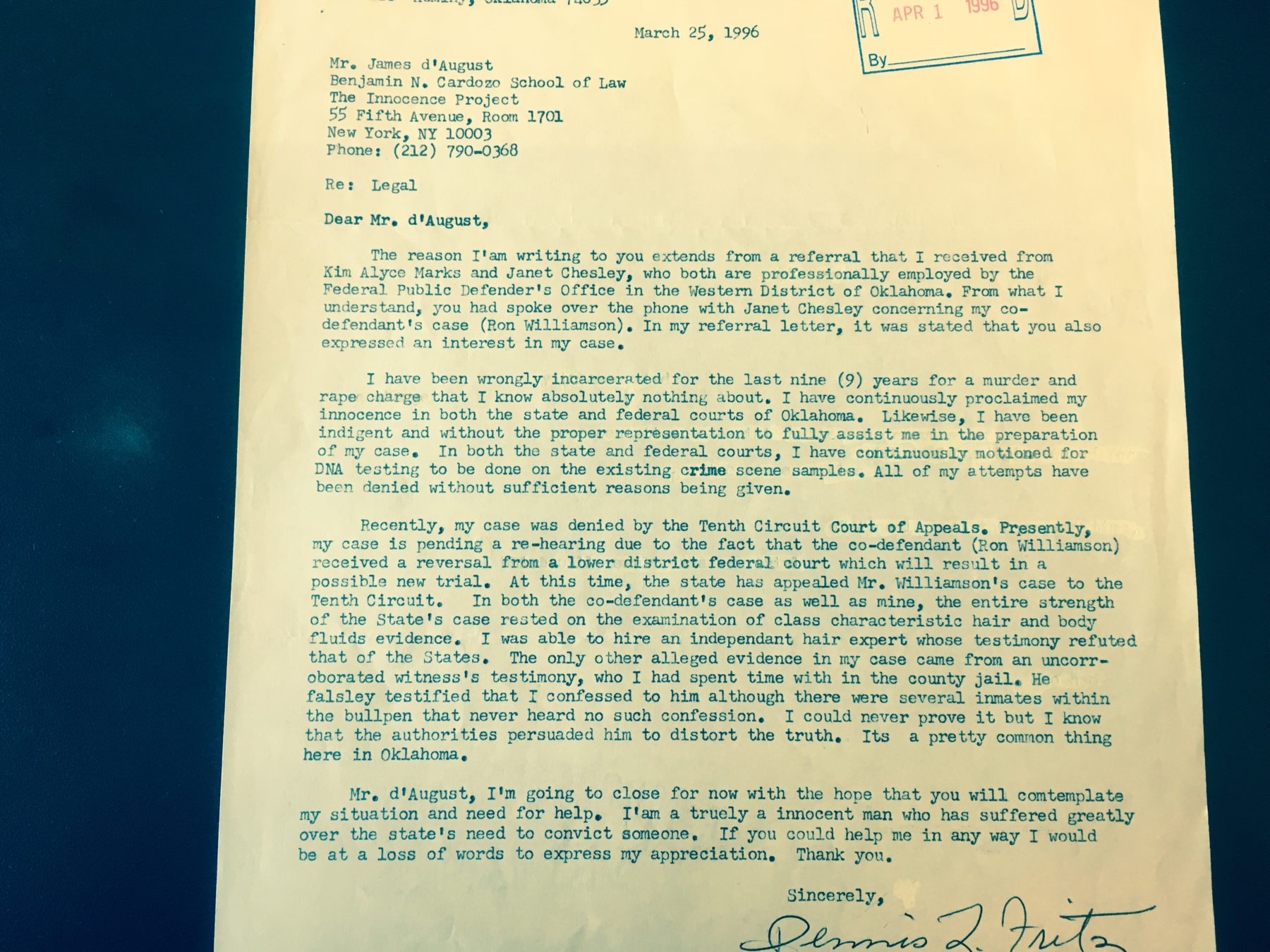