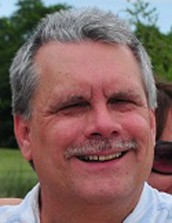 David Lee Gavitt who spent nearly three decades in prison for allegedly setting a fire that killed his wife and two daughters was freed Wednesday when prosecutors agreed that the arson investigation used to convict him was outdated. Gavitt’s wife and two young daughters were killed when their house burned in Ionia, Michigan, on the night of March 9, 1985.  Gavitt was seriously burned in the fire and escaped by breaking a window and jumping out into the snow.  Neighbors had to restrain him from trying to re-enter the burning house to save his family.
Local fire investigators suspected arson because of burn patterns inside the house, and a state police crime lab test on carpet samples showed traces of gasoline, reported the Detroit Free Press. David Moran, co-director of the Michigan Innocence Clinic said investigators never came up with a solid motive and that a gas canister was never found at the scene. Gavitt was sentenced to life in prison in 1986 but maintained his innocence.
His case was taken up by the Michigan Innocence Clinic in 2010 who sought out arson experts to review the evidence.  John Lentini, a fire science expert who reviewed evidence in the high-profile Cameron Todd Willingham case was among the experts. Lentini wrote in a 65-page affidavit that there was no evidence that a fire had been intentionally started. The evidence was also re-examined by experts from the State Police, U.S. Bureau of Alcohol, Tobacco, Firearms and Explosives and a private laboratory.
Immediately following Gavitt’s release, he was reunited with family at the cemetery where his wife and daughters were buried.  It was the first time he was able to visit the grave.
Read the