Monica Jones and the Problem of “Walking While Trans” 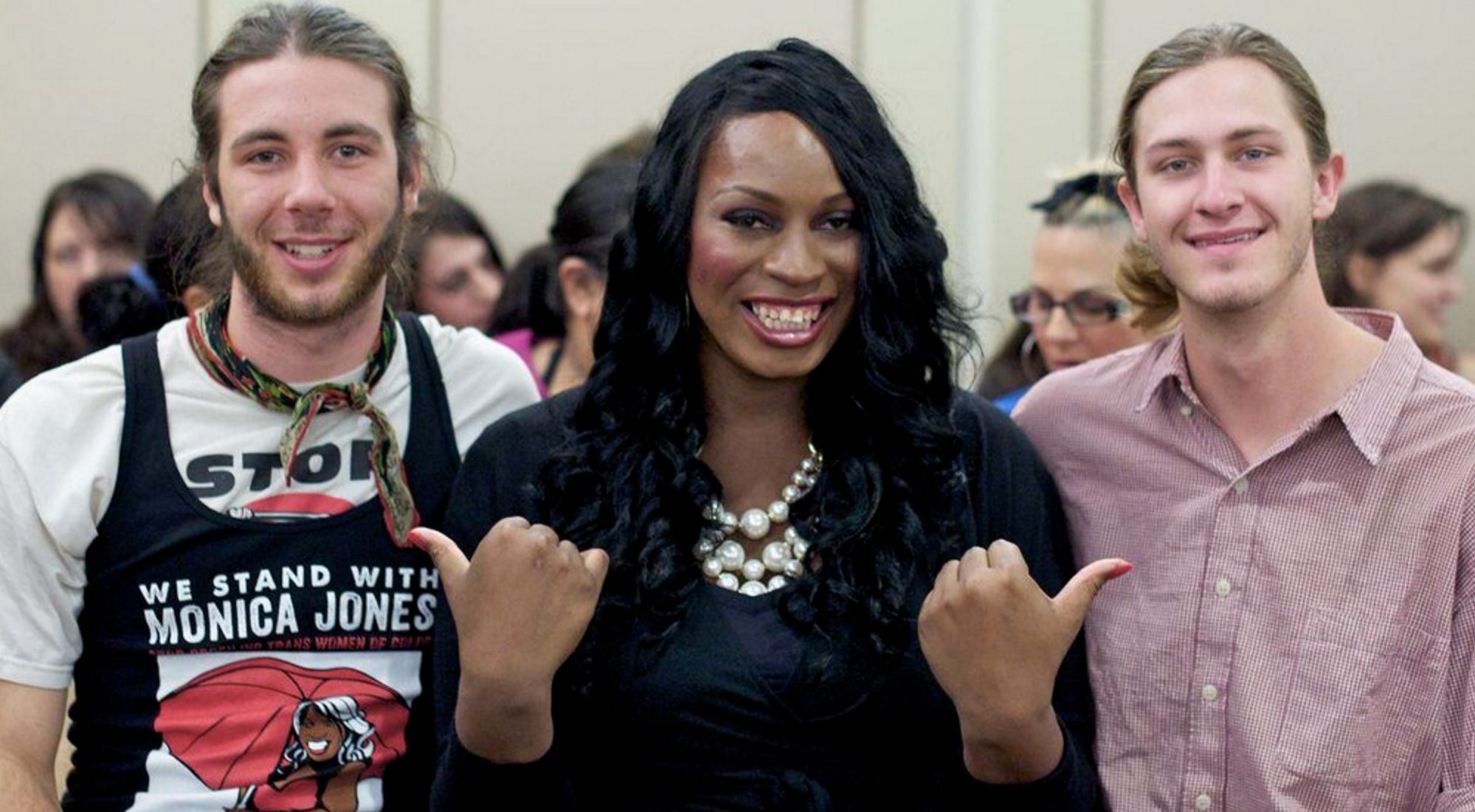 In recognition of Pride month, we are highlighting stories of exonerees who were wrongfully convicted on the basis of their perceived sexual identity or gender identity. These stories serve as examples of how homophobia, transphobia, and general anti-LGBTQ sentiments have been ingrained in the criminal justice system.

By showcasing these stories, we hope to inspire people to continue to fight against the injustices that plague a significant part of our society but also celebrate the LGBTQ exonerees, lawyers, community and allies who stand up for the wrongfully convicted.

Monica Jones is a student, sex worker activist and a black transgender woman. In 2014, she was convicted of “manifesting prostitution,” which is a misdemeanor according to Phoenix Municipal Code Section 23-52(A)(3). The law essentially criminalizes people who have the appearance to intend or solicit prostitution.

The law is ambiguous. According to the law, someone who is talking to passerbys or waves at a car could be deemed as trying to solicit sex. However, while these actions could be construed as the beginning of sex solicitation, they are mostly just a part of normal, day-to-day life.

Jones was arrested by an undercover police officer in May 2013 after the officer alleged that she was intending to prostitute herself.

“It was Friday night and I was getting ready to go out and walked up the street to a local bar to have a couple of drinks,” Jones said.

Later, she was approached by the undercover police officer who asked her if she needed a ride and she accepted. However, when Jones got in the car, she was hassled about prices and services despite claiming that she had no intention to prostitute herself.

“I’m not even doing anything,” Jones remembers saying to the undercover officer in the car.

For Jones, what started off as a night out to have fun turned into a night of harassment by a man she thought was being friendly. She asked to be let out of the car but the undercover officer kept her in the car until the police came.

Her arrest is one of the many cases that has been attributed to the phenomenon of “walking while trans,” which is described as the profiling of trans women of color as sex workers. This injustice led to a media firestorm, causing prominent trans advocates to speak up for Jones, including Laverne Cox and Janet Mock.

Jones, who was represented by Jean-Jacques “J” Cabou of Perkins Coie, had her conviction vacated in 2015. The judge in the case, Superior Court Judge Crane McClennen, said that the lower courts denied Jones a fair trial by using her past prostitution charges against her. She feels happy that the conviction was thrown out but underscores that the bigger problem still exists: the law that put her there in the first place. Jones and other trans advocates are outspoken supporters of getting rid of the law because of its ambiguity and fighting against the over-policing of trans people and black and brown bodies.