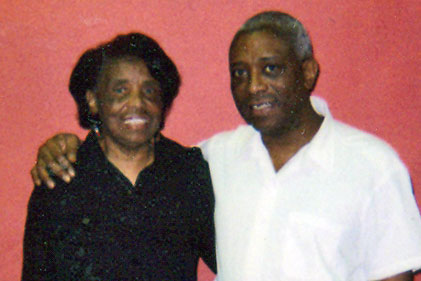 Late Friday, Cole County Judge Daniel Green vacated the murder and rape conviction of Innocence Project client George Allen Jr. based on the State’s failure to disclose numerous pieces of evidence, including blood test results that point to Allen’s innocence. Allen was convicted in 1983 and has served more than 30 years behind bars.

Allen was initially arrested for the 1982 rape and murder of Mary Bell, a St. Louis court reporter, when police misidentified him as a suspect in the case. According to the court, after realizing their mistake, detectives decided to interrogate him anyway. Allen, who is a diagnosed schizophrenic, gave a recorded confession, which one of the interrogating officers has since conceded was questionable. On the recording, Allen informs the officers that he is under the influence of alcohol, and throughout the interrogation the detective prompts Allen to give him answers that fit the crime. The St. Louis Post-Dispatch reports:

Green, in his ruling, said Allen’s rights to due process were violated because police, and in particular lead detective Herb Riley, failed to disclose to prosecutors evidence favorable to the defense. The prosecution would have been obligated to share it.

“The undisclosed evidence, considered together, points unavoidably to the conclusion that the police — and Detective Riley in particular — ignored and hid evidence pointing to someone else as the perpetrator in their zealous pursuit of Allen’s conviction,” the judge wrote.

Blood testing purportedly showed that Allen was a potential source of semen found on crime scene evidence. However, newly discovered police and lab documents reveal that police actually found semen samples excluding Allen and the victim’s consensual sex partners as the source. Moreover, other suspects had already been excluded based on this same blood evidence. The police also failed to turn over fingerprint evidence excluding Allen, a drawing that Allen was asked to draw of the victim’s apartment that did not match her apartment as well as evidence that a witness who was called to verify a small detail from Allen’s statement had undergone a police-organized hypnosis session before her testimony at trial.

Read more in the