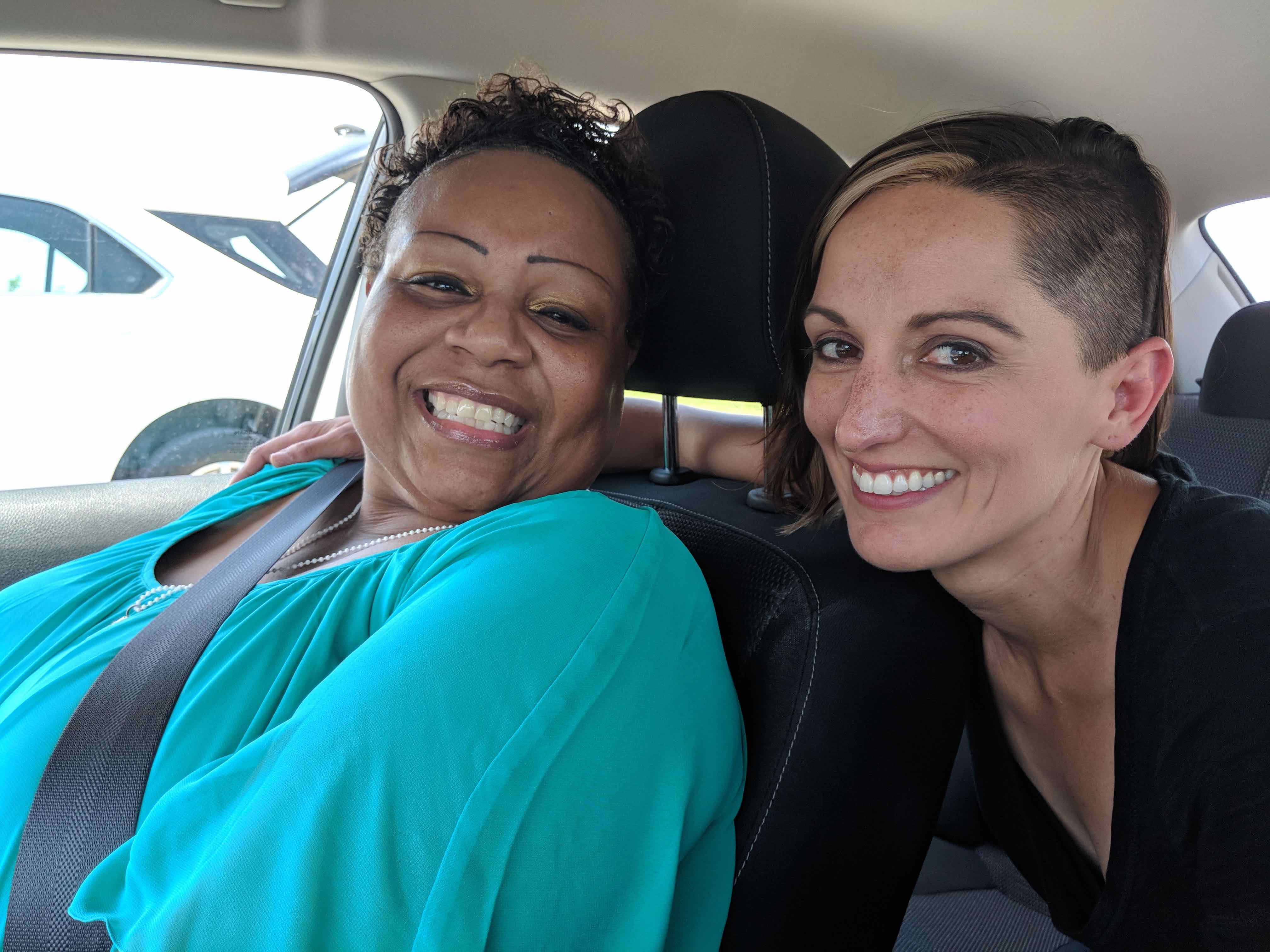 Laquanda "Faye" Jacobs (L) with her attorney Tricia Bushnell (R) after being released from prison on July 17, 2018. Photo courtesy of the Midwest Innocence Project.

Midwest Innocence Project (MIP) client Laquanda “Faye” Jacobs was released yesterday in Newport, Arkansas, after being wrongly incarcerated for 26 years. Jacobs, who was sentenced to life in prison without parole as a juvenile offender, was resentenced to time served after the United States Supreme Court ruled that children cannot receive a mandatory sentence of life without parole. As such, Jacobs has yet to be exonerated.

In 1993, Jacobs was wrongfully convicted of capital murder. At the time of the crime, witnesses described the shooter as a woman in her thirties with scars under her eyes wearing black pants and a black coat. Despite this description, then 16-year-old Jacobs was arrested one hour after the crime, still wearing the white dress she wore to church earlier that morning.

“Faye’s case has all the hallmarks of a wrongful conviction — incentivized testimony, procedures known to lead to eyewitness misidentifications and absolutely inadequate counsel,” said Tricia Bushnell, executive director of the Midwest Innocence Project. “Faye’s attorneys never investigated the crime and didn’t even ask the state for its files…As a result, they never spoke to five additional eyewitnesses who saw the crime and stated that Faye was not the shooter.”

Although Jacobs is now free, her murder conviction will remain on her record. Because Jacobs is not incarcerated, on probation or parole, her best hope for being exonerated would be a pardon from the governor of Arkansas.

Jacobs’ legal team, which includes MIP and the law firm of Lathrop & Gage, plans to file a petition with Gov. Asa Hutchinson. Their petition will dispute the reliability of the two eyewitnesses who identified Jacobs as the shooter and claim Jacobs’ defense attorneys at trial were “inadequate.”

“Faye’s case exemplifies just how difficult it is to overturn a conviction in our justice system,” said Bushnell. “It should not be this hard, but she’s not done seeking justice and neither are we.”

Individuals wishing to support Jacobs’ reentry into society can donate to her GoFundMe page here.