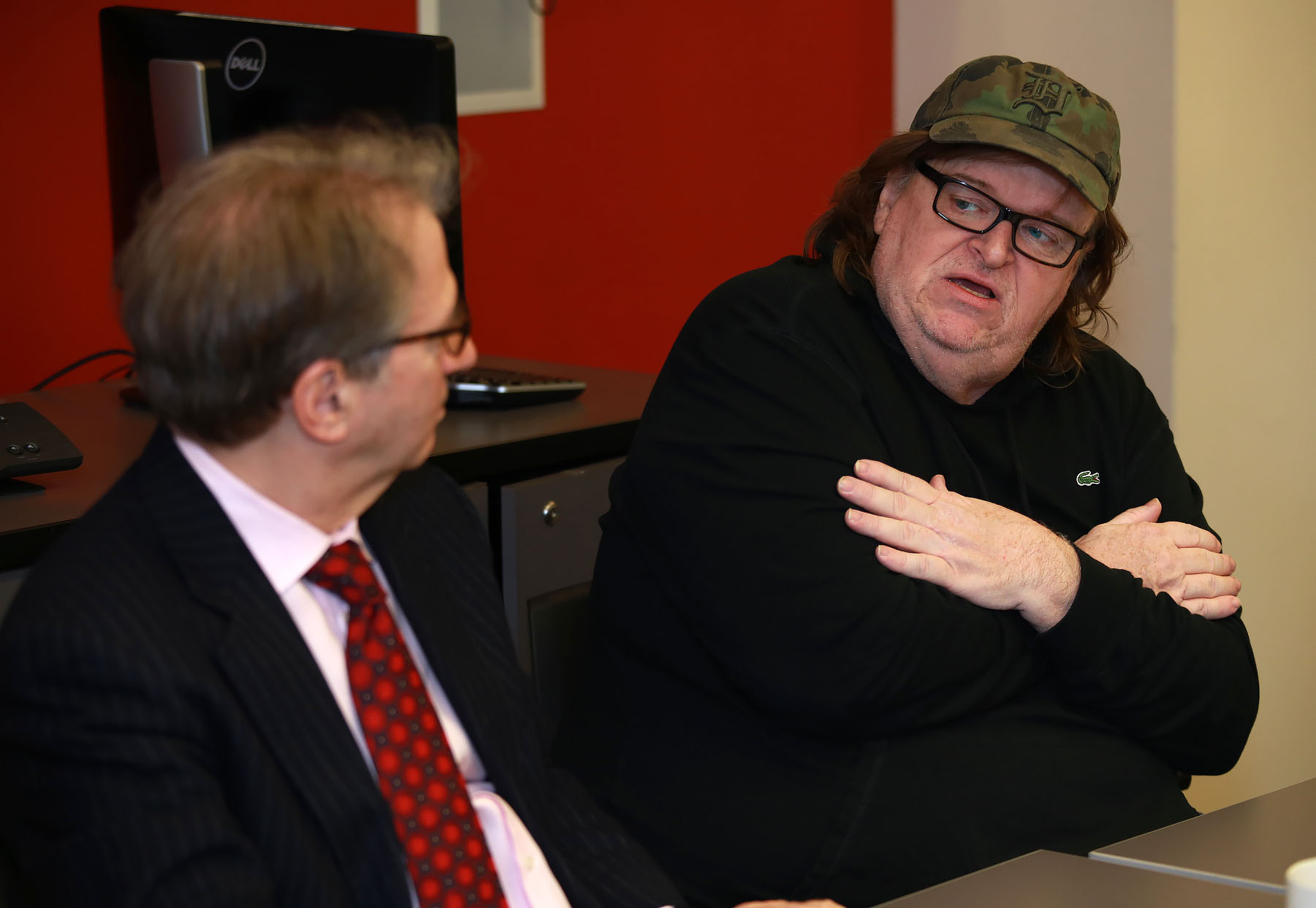 In January, the Innocence Project welcomed Academy Award®-winning director Michael Moore to its office to discuss the flaws of the United States criminal justice system, a topic that Moore touches upon in his new documentary, Where to Invade Next, which opens in theaters today. The Innocence Project has produced its own film of the special event.
<iframe width=”560″ height=”315″ src=”https://www.youtube.com/embed/8Qukx7xILNs” frameborder=”0″ allowfullscreen></iframe>
In addition to Moore, a number of special guests attended the event, including Sharonne Salaam, mother of Central Park Five member Yusuf Salaam. She spoke about her experience as a family member—a mother, specifically—of a wrongfully convicted person, and how she and many others are still waiting to see true justice—in the form of the criminal justice system held accountable—for the misery they’ve been forced to endure watching their loved ones convicted of crimes they didn’t commit.
Following the event, Ms. Salaam wrote a piece as part of a blog series produced by The Huffington Post and The Hammer & Chisel Awards, in conjunction with the upcoming release of Where to Invade Next. In the post she calls on the public to join her and the organization she founded, Justice 4 the Wrongfully Incarcerated, this upcoming Mothers’ Day—May 8, 2016—on a walk from New York City to Albany, New York, to demand legislative change on behalf of the wrongfully incarcerated and their families.
Salaam writes: “Some of the legislative changes we seek include accountability for all Judges, Assistant District Attorneys (ADAs), and police officers. We ask for a review of all cases worked on by the police and ADAs that led to wrongful incarceration. We seek an elimination of blanket immunity offered judges, ADA’s and police in these cases. We ask for an extension of the time a wrongfully incarcerated person has to seek compensation. We require an inclusion of services like housing, employment and education the help aid the return these exonerees. And finally, families of the wrongfully incarcerated must be compensated for the damage done to their family unit.”
To learn more about the work Sharonne Salaam,

To learn about Moore’s Where to Invade Next, check out the film’s