Meet a Grammy Winner and Support the Innocence Project 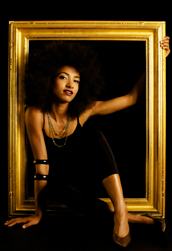 Grammy Award-winning recording artist Esperanza Spalding has made the Innocence Project the non-profit beneficiary of her upcoming tour. Proceeds from the sale of merchandise at her shows will be donated to support the Innocence Project, and she will auction off a pair of tickets and a meet & greet backstage during her first ever appearance at the world-famous Apollo Theater in New York.

The auction is now open and will close on Tuesday, August 14.

Spalding received one of the music industry’s most prestigious prizes, the 2011 Grammy Award for Best New Artist. Her most recent album,

, includes the song “Land of the Free,” written about exoneree and Innocence Project client Cornelius Dupree.


Bid on the chance to meet the artist

and attend the Apollo concert on October 26.