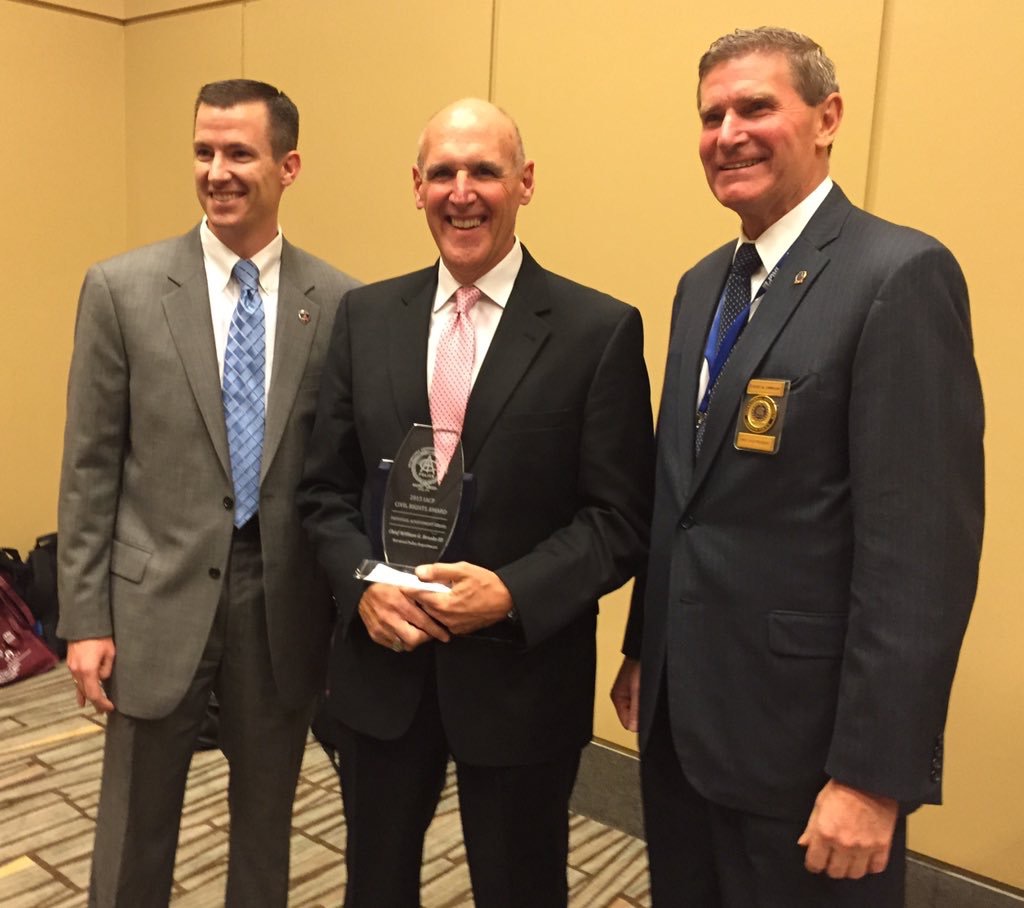 Bill Brooks, Chief of the Norwood Police Department in Massachusetts, received the Civil Rights Award for Individual Achievement at the International Association of Chiefs of Police (IACP) annual conference in Chicago last weekend for his work around eyewitness identification reform.

Chief Brooks has devoted much of his nearly 40-year career in law enforcement to advocating for evidence-based police practices in his home state of Massachusetts and in states and localities around the nation. He is a nationally recognized expert on eyewitness identification and, largely in partnership with the Innocence Project, has led trainings for police departments in nearly two dozen states, among them: Arizona, California, Connecticut, Delaware, Florida, Georgia, Idaho, Illinois, Maryland, Massachusetts, Michigan, Montana, Nebraska, Nevada, New Hampshire, New York, Oklahoma, Pennsylvania, Utah, Washington and Vermont.

Eyewitness misidentification is the leading contributor to wrongful conviction, having played a role in 71 percent of the nation’s 333 such cases which resulted in DNA exonerations.