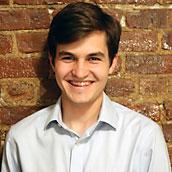 The Massachusetts Supreme Judicial Court (SJC) has long been a

in addressing the danger of eyewitness misidentification. This trend continued last Wednesday when the justices heard oral argument in

. The case provided an opportunity for the SJC to consider when and how trial judges should instruct jurors about the dangers of cross-racial and/or cross-ethnic eyewitness misidentification.

Eyewitness misidentification is the single leading contributing cause of wrongful conviction, arising in 72 percent of the 325 wrongful convictions identified through post-conviction DNA testing. Among these cases, at least 42 percent involved a cross-race or cross-ethnic eyewitness misidentification. Scientific research has established that it is more difficult for people to identify accurately those of different races or ethnicities where those differences are physically manifested. The recent National Academy of Sciences report on eyewitness identification characterized this research as “

” in the scientific community.

The Innocence Project filed an

, or friend of the court

, urging the SJC to establish a rule requiring a cross-race or cross-ethnic jury instruction in all eyewitness identification cases unless the parties agree the witness and defendant are of the same race. This test differed slightly from the test put forward by members of the SJC Study Group on Eyewitness Evidence, which recommended that the following instruction should be given if the witness and perpetrator are of a different race or ethnicity:


Yet, the Bastaldo case reveals the challenges in determining whether the witness and defendant are of a different race or ethnicity. Both the victim, who made an in-court identification at trial, and Mr. Bastaldo are Hispanic. Mr. Bastaldo is a dark-skinned Hispanic of Dominican descent while the victim is light skinned and of Puerto Rican and Italian descent.

This Innocence Project’s test is designed to preserve critical judicial resources that would otherwise be spent determining whether a cross-racial/cross-ethnic instruction is appropriate (as occurred in the Bastaldo case). The amicus brief also argued jurors have difficulty applying jury instructions retroactively, so courts should provide a preliminary jury instruction prior to the eyewitness’s testimony.

At oral argument, the justices appeared troubled by the cross-racial/cross-ethnic identification issues presented in the case and with good reason. Nine people have been exonerated in Massachusetts based on post-conviction DNA testing, and four of these convictions—those of