Maryland Man Pressed for DNA Test and Made History 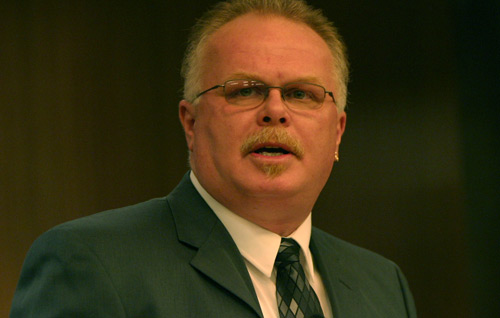 This week marks the seventeenth anniversary of Maryland fisherman

’s exoneration. In 1985, Bloodsworth was charged and convicted of the rape and murder of a nine year old girl. A 1992 DNA test proved his innocence after he had incorrectly served eight years in prison, two of which he spent on death row.

In July of 1984, a nine-year old girl was found dead having been brutally raped, strangled, and beaten. The police received an anonymous call; the caller claimed that Bloodsworth was seen with the victim on the day of the crime. A police sketch was constructed based on the descriptions of five eyewitnesses, all of who later testified during the trial that they had each seen Bloodsworth with the victim. He matched the witnesses’ descriptions. Kirk Bloodsworth was convicted and sentenced to death.

In  Bloodsworth’s appeals, the bulk of the prosecution’s case was challenged. The appellate court overturned his conviction and he was awarded a retrial. Unfortunately, hewas convicted again, this time receiving two life sentences. In 1992 DNA testing was no longer the nascent technology  it had been at the time of Bloodsworth’s original trial, but it was still uncommon. Bloodsworth pressed for a test of the semen sample on the victim’s underwear that had been recovered at the scene of the crime, contacting Attorney Robert E. Morin about the idea. Morin paid the $10,000 out of his own pocket to have the test conducted. A year later, the results came back. The semen on the victim’s underwear was not Bloodsworth’s. He was innocent.

After his exoneration, Bloodsworth joined with author Tim Junkin to write a memoir: “Bloodsworth: The True

Story of the First Death Row Inmate Exonerated by DNA.

Buy it on Amazon.com here