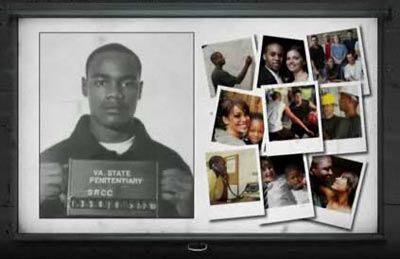 Today marks the seventh anniversary of the day Marvin Anderson was pardoned by Virginia Gov. Mark Warner, ending a two-decade nightmare that began when he was just 17 years old.

Anderson was convicted in 1982 of a rape he didn't commit and sentenced to 210 years in prison. He was released on parole after 15 years, but he continued to fight to overturn his wrongful conviction. It would be five more years before DNA testing obtained with the help of the Innocence Project finally proved his innocence. Today he works as a truck driver and a firefighter.

More than one-third of the people exonerated through DNA testing were arrested, like Anderson, before their 22nd birthday. They lost the prime of their lives for crimes they didn't commit and there's very little doubt they left innocent people behind them in prison when they walked out. Together, people wrongfully convicted in their youth served a combined 947 years in prison for crimes they didn't commit.

For a video on Anderson's case and multimedia features on 10 other cases, and to take action today, visit the Innocence Project's youth action campaign – "


Learn more about the extraordinary events that led to Anderson's exoneration