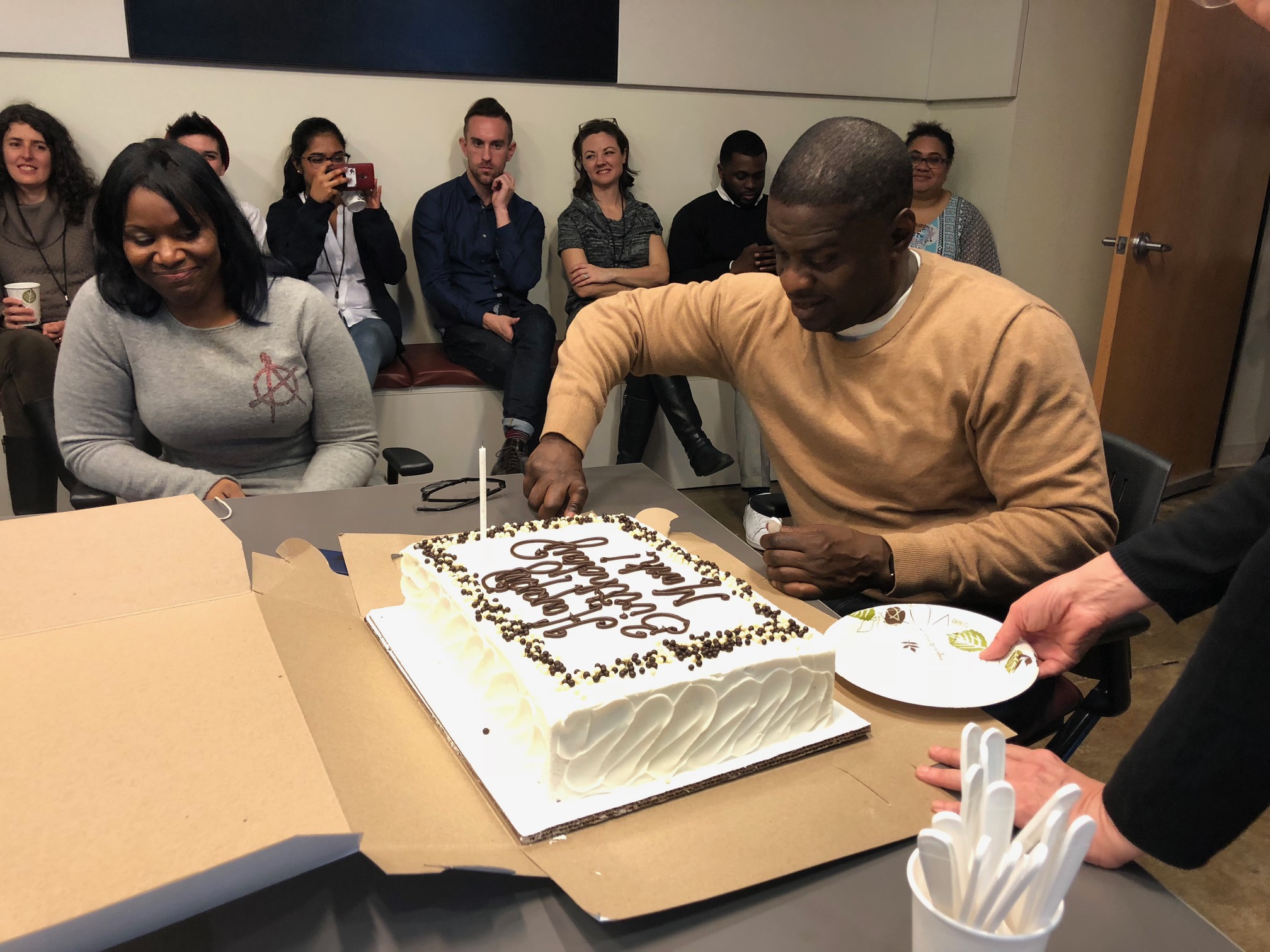 Over the course of the past month, the Innocence Blog has been covering the progress of Mark Denny during his first days of freedom since being exonerated of rape and released in Brooklyn after 30 years of wrongful imprisonment. Last Tuesday was Denny’s 47th birthday. For the special occasion, he made a trip to the Innocence Project’s office in lower Manhattan, where the staff met him with cake and birthday cheer. Local news station PIX II met Denny at the office and spent the afternoon with him as he celebrated another milestone: his first birthday as a newly free man.

Watch: After 30 years were stolen from him, here’s how exoneree Mark Denny lives life now

One of the points that Denny made during his interview was that while he’s ecstatic that his innocence was proven and he’s once again free and in charge of his own life, he’s struggling to make ends meet.

Innocence Project Senior Attorney Nina Morrison explained that Denny is eligible for compensation, but it “could take months, or even years, before he sees a dime.”

If you would like to contribute to a fundraiser to help Denny as he begins his new life, please donate here.

Mark Denny riding the @MTA like all the other New Yorkers now. Below he’s with @Innocence paralegal Maritza Olazaran. pic.twitter.com/jFDW5zE8ll