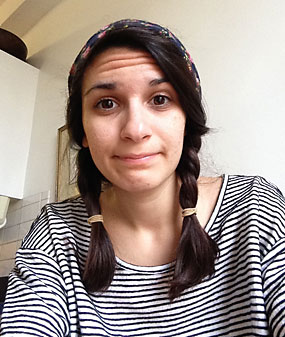 On Monday I had the privilege of joining Justice League NYC and other supporters on the first leg of what will be a week-long journey from New York to Washington D.C. The

is an effort to mobilize support in pushing Congress to pass a “justice package” of criminal justice reform.

Marching from Staten Island to Newark with March 2 Justice marked my re-entry into public action since joining the Innocence Project in January. While I was involved in similar actions this past fall, my work here has certainly broadened my understanding of how our criminal justice system not only fails those who have committed crimes, but also how it continuously fails those who have done nothing wrong.

When I started at the Innocence Project I knew a good amount about criminal justice issues but I did not know much about the wrongfully convicted and how they relate to the larger issue of mass incarceration. As I learned more about specific exoneration cases, it became strikingly clear that race, class, mental ability, and age have been some the largest determinants of

Of 329 exonerations aided by the Innocence Project, roughly 70% are people of color; 62% of the total number of people  are African American. The disproportionate rate of wrongfully convicted African Americans correlates strongly with the overall incarceration rate of about

. The End Racial Profiling Act broadly calls for greater accountability to people who have suffered due to racism in law enforcement and the justice system and while it’s a proactive bill that calls for measures to reduce racial profiling, if passed, it could also be a hopeful resource for mending some of the wrongs already done, particularly for innocent people of color.

Minors are especially vulnerable to falsely confessing to crimes that they didn’t commit. The JJDPA, which has had its funding cut significantly over the last decade, is integral to providing resources for the prevention of juvenile incarceration and providing fair treatment and support to incarcerated minors. Minors are one of the most susceptible groups to negligence and rights violations—the recent exposure of the

use of solitary confinement for minors at Rikers Island

is a prominent example.

As the March 2 Justice makes its way down to the capitol, the hope is not only to gain popular support for the “justice package” legislation, but to also keep the conversation around criminal justice reform alive. While the innocent have suffered and continue to suffer at the hands of our criminal justice system, it is important to understand their experiences not as freak miscarriages of justice but rather as emblematic of a system in dire need of reform.


Find out more about March 2 Justice and how to get involved here.


Marguerite Sacerdote has been a Communications Assistant at the Innocence Project since January and is happy to be immersed in the organization’s work! Previously, she attended Hampshire College where she studied the politics of representation in popular media and critical race theory.