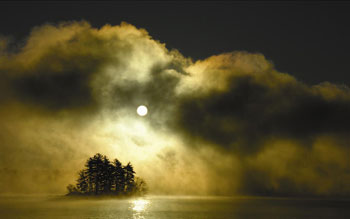 On the afternoon of New Years Eve, Verger was shopping in Portland, Maine, when two police officers stopped him. A salon had been robbed hours before and Verger was similar to the victim’s description of the perpetrator. The officers conducted a “show-up” identification in which the victim viewed him on the street and said he was the robber. Verger was arrested and spent two nights in jail before friends bailed him out.

Verger said he had nothing to do with the crime, and the charges were finally dropped a month later – but not before his eyes were opened that anyone can be wrongfully accused (or convicted) of a crime they didn’t commit. He tells the Portland Press Herald that he was simply in the wrong place at the wrong time.

(Verger’s attorney Peter) DeTroy also noted that not all people accused of serious crimes have the means to hire a top-shelf defense team. Had Verger been indigent, DeTroy said, “I think he would have been indicted (and gone to trial), I truly do.”

That same thought occurred to Verger even as he was riding to jail in the back of the police cruiser. It was an epiphany of sorts, he said, knowing that he was innocent, that he had a lot of well-placed people who would (and did) write letters on his behalf, and that however traumatizing the whole thing was, he would soon get his life back.

But what, he wondered, if he were poor? Or homeless? Or not Caucasian? Or uneducated?

“I don’t know that that person would be out of jail and not prosecuted for a crime they did not commit,” he said.

Above: Verger’s photo “Dawn of Peace”

Photographer Donald Verger Helps Himself by Helping Others