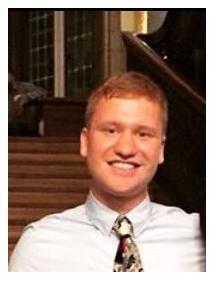 
Matt is a paralegal in the Strategic Litigation Department, where he identifies potential test cases, conducts research, and assists the department’s three attorneys with case-related  tasks.

on eyewitness identification. With the announcement of the new instructions, the SJC

demonstrates its fidelity to a more scientific and just treatment of eyewitness identification evidence, one of the leading factors contributing to wrongful conviction (eyewitness misidentifications played a role in 71% of the 333 exonerations nationwide that were later overturned by DNA evidence). Massachusetts has now joined

and a handful of other states in implementing robust, science-based jury instructions, a key recommendation of the National Academy of Sciences’ landmark 2014

on the reliability of eyewitness identification procedures.


. For instance, the Innocence Network recommended that the final Massachusetts instructions include a pre-charge explaining some of the factors that affect a witness’s memory or identification to be read before opening statements or an eyewitness’s testimony. The pre-charge addresses the nature of memory so that the jury can evaluate eyewitness testimony free from common misconceptions that might otherwise color how they view that evidence.  The pre-charge also directs jurors to “examine the identification with care” because “[t]he mind does not work like a video recorder.”

The new model instructions recognize and incorporate an extensive body of scientific research on memory, perception and eyewitness identifications. Notably, in finalizing the jury instructions, the SJC included language directing juries to consider whether police “followed protocols established or recommended by the Supreme Judicial Court or [law enforcement]. . . that are designed to diminish the risk of suggestion.”  If any of those protocols were not followed, you should evaluate the identification with particular care.” Both rigorous scientific research and the lessons from the DNA exonerations demonstrate that law enforcement agencies can help reduce the risk of wrongful conviction by following best practices during the administration of identification procedure, such as live lineups or photo arrays. Whereas the earlier version of the model instructions simply told jurors to consider whether police abided by established or recommended procedures, the final instructions allow a trial judge to take judicial notice of police protocols and, when relevant, read those protocols to the jury. Not only does this addition provide juries with more information when weighing the reliability of identification evidence, it allows courts to tailor their instructions to the facts and issues of individual cases. As

last week, a wide range of stakeholders have noted that the updates in the final model instructions, like the addition of this cautionary instruction, make the instructions, in the words of one former Massachusetts prosecutor, more “user friendly.”

briefs in the cases of

before the Supreme Judicial Court—the state’s new model jury instructions offer an encouraging embrace of scientific advancements in our understanding of memory and eyewitness identifications, as well as a greater sense of fairness and reliability in the criminal justice system.