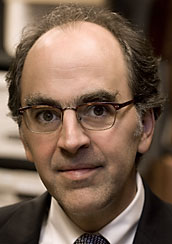 The General Assembly’s current debate on whether to abolish the death penalty in Connecticut has touched on all the important concerns, and there seems to be agreement on one key point – no one can tolerate the execution of an innocent person at the hands of the government.

For many, that risk might seem implausible, inconceivable or even incredible. Yet we know from the 289 wrongful convictions overturned nationally by DNA evidence (17 involving people who were on death row) that the possibility of executing an innocent person inevitably exists whenever the death penalty exists. This is true even in a state such as Connecticut.

It is well known that wrongful convictions have occurred in Connecticut, in part because of the three men whose innocence was proven in recent years by post-conviction DNA testing. What is chilling is that, if DNA evidence had not been available in their cases, these men would still be in prison for crimes they didn’t commit. And, frankly, nobody would have realized the injustice.

Unfortunately, that’s the reality in the vast majority of cases. The best estimates are that DNA evidence provides proof in roughly 10 percent of murder cases. Most serious cases typically rely on less reliable forms of proof, such as eyewitness identification, non-DNA forensic evidence, confessions and informant testimony.

To its credit, Connecticut has acted strongly to reform eyewitness identification procedures and requires videotaping of police interrogations, making it among the nation’s leaders in efforts to prevent wrongful convictions. Although those practices greatly decrease the possibility of eyewitness misidentification and false confessions, there are factors beyond police control that still lead to errors.

Cross-racial identification and the presence of a weapon during the crime are just two major factors that contribute to misidentifications in ways unrelated to how police administer the identification procedure. Similarly, people with cognitive impairment, hearing or language difficulties or compromised mental capacity far too often falsely confess to crimes in ways that wouldn’t be discovered even by recording the interrogation.

This is in no way to say that those reforms were not worth enacting. In the vast majority of cases, the use of those best practices will prevent wrongful convictions at the earliest stages of investigation – so it is worth repeating that Connecticut deserves to be proud of its work in these areas. But even with these reforms in place, the system will never eliminate all wrongful convictions.

Once a wrongful conviction occurs, it is extremely difficult to reverse it, even when the convicted person had absolutely nothing to do with the crime. The Innocence Project in New York only accepts cases where post-conviction DNA testing can prove guilt or innocence. As noted before, these cases represent a tiny fraction of all cases. What’s more, in the wrongful conviction world these post-conviction DNA testing cases are the relatively easy cases because DNA can provide such strong evidence of innocence or guilt long after a crime and trial. Yet even these cases typically take years to litigate.

Much, much harder to prove are the wrongful conviction cases where there is no DNA evidence. In these cases, the bar is extremely high, requiring overwhelming amounts of new evidence. Take for example, the Connecticut case of Richard Lapointe, a man who was questioned by police for so long that he signed three inconsistent confessions. Despite significant evidence of innocence, his conviction and incarceration still stand.

Even when our criminal justice systems do the best they can, they will always be imperfect. The most horrifying crimes, those which are eligible for the death penalty, create the most intense pressure to show the public that the real perpetrator has been identified and brought to justice. In the majority of cases, the system gets it right. But when the system convicts someone who is innocent, sometimes it is simply impossible to convince the court that the person convicted did not commit the crime. And sometimes, in the luckier cases, it simply takes years to discover the truth.