Life After Exoneration, with Compensation, or Without 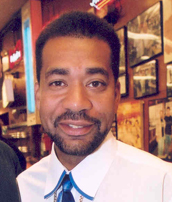 (Pictured: Vincent Moto)
An article in Sunday’s Philadelphia Inquirer explores the difference in quality of life for two exonerees—one from New Jersey, which compensates the wrongfully convicted, and one in Pennsylvania, which does not.
Though New Jersey’s statute is still well below the national standard, offering only $20,000 for each year of wrongful incarceration as opposed to the federal standard of $50,000, it is far preferable to nothing. The only recourse for Pennsylvania’s wrongfully convicted is to sue, though such lawsuits are rarely successful. Of the 11 people exonerated through DNA evidence in Pennsylvania, only four have received restitution this way. One who has not is Vincent Moto. The Philadelphia Inquirer reports:

“They take your respect and dignity as a man,” Moto said. “A lady spilled a hot cup of coffee on her lap and she got millions. Come on. I’m not looking for billions of dollars. If they could give my daughter a college scholarship, I’d take that. If they gave me the $160,000 my mom spent on lawyer fees, I’d take that.”

State Sen. Stewart Greenleaf (R., Montgomery), head of the Judiciary Committee, plans to reintroduce a bill that would give exonerated prisoners $50,000 per year of wrongful incarceration.

The bill failed to move out of committee in the Republican-controlled Senate last year. Greenleaf fears a tight budget may sink it again.

Pennsylvania is one of 23 states that still lack a compensation statute. The Innocence Project recommends paying at least $50,000 per year of wrongful imprisonment as well as providing social services such as health care, counseling, job skills training, and more.
Read the

discussing the obstacles that they face after release.
More about