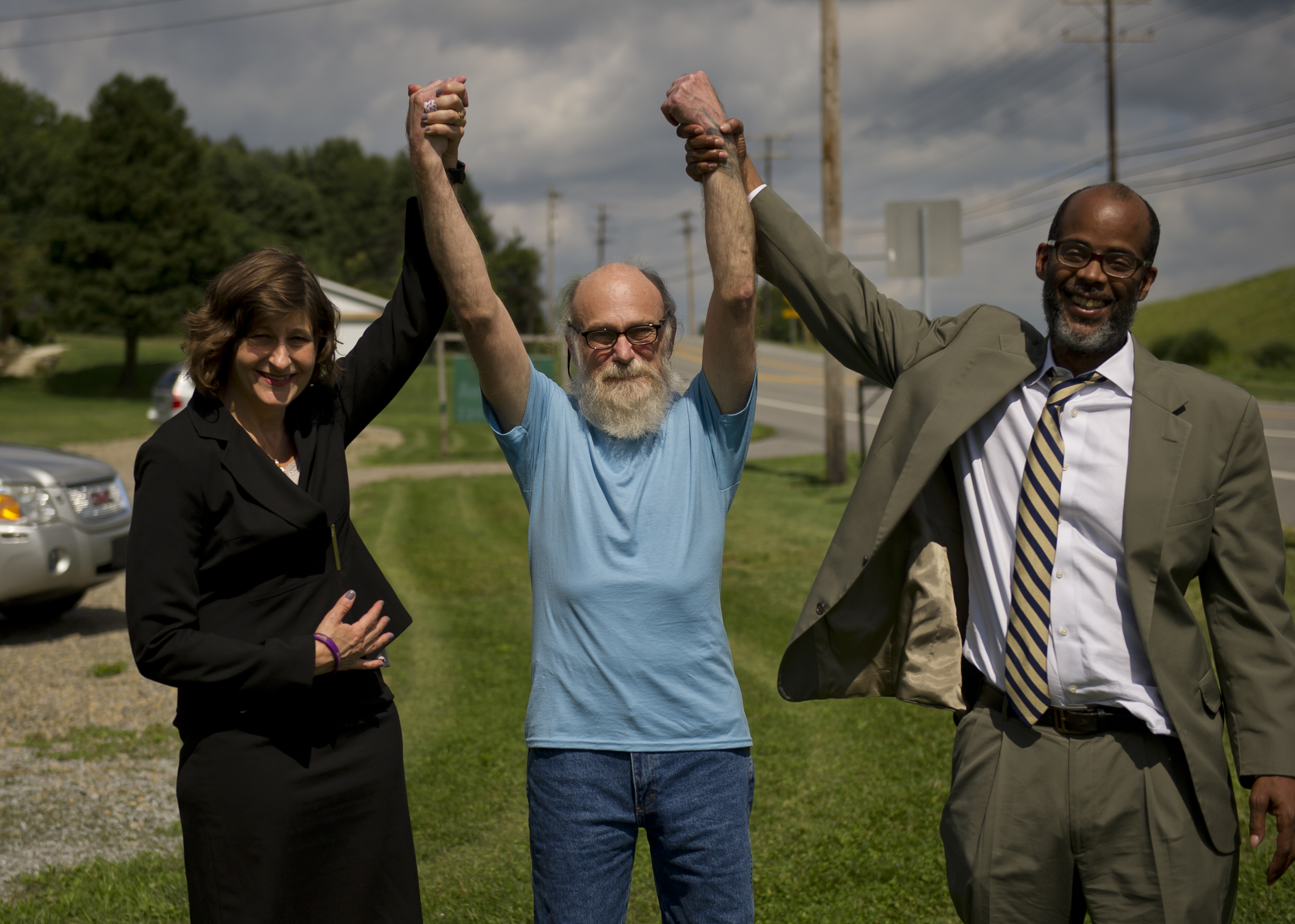 Upon his release from prison last year after serving 34 years for a crime he did not commit, Lewis “Jim” Fogle faced overwhelming challenges navigating the outside world, rebuilding relationships and recovering from the traumas of his experience.

Since his release, Fogle has made ends meet by working odd jobs and selling his artwork, mostly landscape paintings. Recently, he discovered what may be another calling—public speaking.

For the first time last Wednesday, Fogle publicly shared his story with a classroom full of students from Indiana University of Pennsylvania.

According to the Pittsburgh Post-Gazette, journalism professor David Loomis came upon Fogle in a Goodwill store and, recognizing him from the extensive local media coverage surrounding his exoneration and release, invited him to speak to his newswriting class. Loomis thought Fogle’s story would be the perfect subject for an exercise on storytelling.

“There are an infinite variety of paths his story can take,” Loomis told the Post-Gazette. “I wanted my students to ponder that. There could be narratives of redemption, guilt, innocence and justice that you could put Jim in. And he’s just a nice guy.”

Also inspired by Fogle’s story, Bob Nastase, owner and proprietor of Crooked Creek Creations, and Fogle designed a mug with Fogle’s likeness—his signature hat, glasses and beard—with the caption “Support Wrongful Convictions,” which can be purchased by contacting Bob at 724-463-6264 or [email protected] Proceeds will go directly to Fogle to help him make ends meet as he adjusts to life on the outside.