‘We were made out to be these horrible monsters’: How Homophobia Led to the Wrongful Conviction of Four Texas Women

"We need to push forward together because equality is what we want," said exoneree Anna Vasquez. 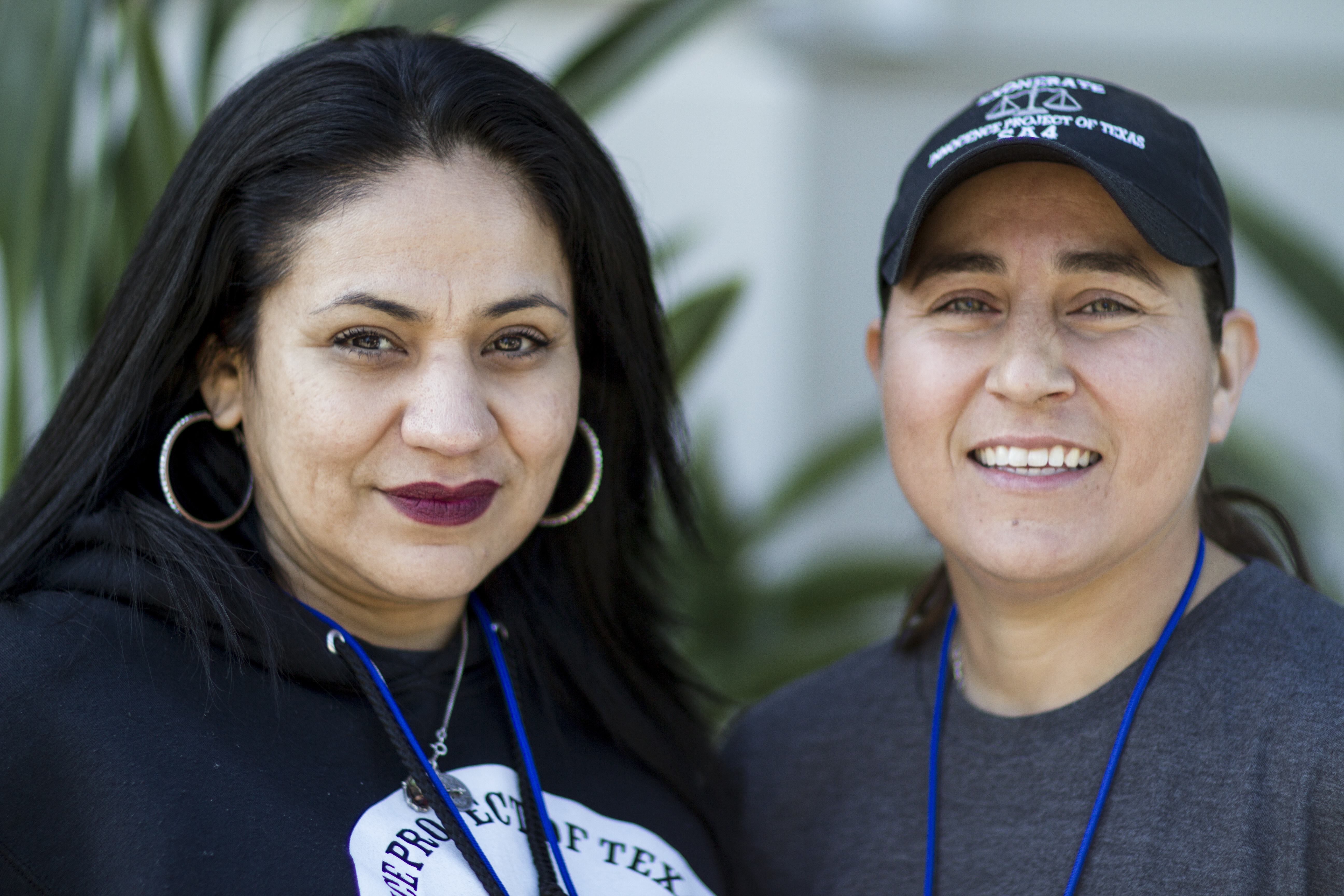 This Pride Month, we celebrate LGBTQ rights and equality. But there is still much work to be done to combat prejudice and discrimination against LGBTQ communities in the United States, including within the legal system and among law enforcement.

Last year, nationwide protests against police brutality and racial bias prompted calls for investigations into the deaths of two Black transgender people — Tony McDade, who was shot and killed by police in Florida in May 2020, and Layleen Polanco, who died in isolation in 2019 at Rikers Island where she was being held on a $500 bail she could not afford to pay.

Trans people are almost four times more likely to experience police violence than cisgender people — people whose gender identity corresponds with their birth sex — according to the Anti-Violence Project. McDade’s death highlighted this tragic fact, while Polanco’s death in the custody of the legal system drew attention to the discriminatory treatment that members of the LGBTQ community experience while detained.

But these are just two examples of the many ways in which the legal system is failing the LGBTQ community.

“I think people are surprised to learn that wrongful conviction happens as a result of homophobia and prejudice against the LGBTQ community, especially in this time where things have been changing and improving more generally,” Anna Vasquez told the Innocence Project.

In 1995, Vasquez and three of her friends were wrongly accused of sexually abusing two young girls in San Antonio, Texas, after one of the women, Elizabeth Ramirez, rejected the advances of the children’s father Javier Limon. All four of the women identify as lesbians, a fact that colored the investigation into the accusations and case against them.

Police often profile and criminalize LGBTQ people, according to the American Bar Association, and this has lead to arrests based on biased beliefs, influenced investigations, and contributed to the harassment and sexual assault of LGBTQ people by law enforcement officers.

“We were looked at horribly, horribly,” Vasquez said. “Because of people’s opinions and all that was going on back then that we were made out to be these horrible monsters.”

At the time of their arrest, several false allegations of child abuse in daycare centers believed to be part of satanic rituals had led to more than a decade of the “Satanic Panic.” In multiple cases, law enforcement and prosecutors relied on scientifically invalid expert testimony which attributed hymen tears to sexual abuse or testimony based on coercive or suggestive interrogations.

“We were looked at horribly, horribly.”

“That was the way it all started — the “daycare panic” and the “Satanic Panic” — and the gay community was already looked upon as preying on children. So, unfortunately, that’s how it all just got out of control because I was a gay woman and my alleged victims were little girls,” Vasquez said.

But it wasn’t just the unfounded national fear of satanic ritual abuse that influenced the investigation into their case, Vasquez said. Both she and Kristie Mayhugh, one of the other women accused, are not feminine-presenting, which she believes contributed to the discrimination they experienced.

“That right there put a bad taste in people’s mouth,” she said. “And it was really Javier who led this accusation against us because he didn’t like that Liz was gay and had rejected him — it was a shot to his ego — but you would think law enforcement or expert witnesses would try to find the truth, but they also had these opinions and biases. And so it just fueled the fire.”

During their hearings, Vasquez said the prosecutor emphasized the fact that she and her friends were gay.

“They just kept hammering on it …. ‘These are four gay women, this is what gay people do, this is how they live their lives’,” she recalled. People who identify as LGBTQ are incarcerated at three times the rate of the general U.S. population, according to one study. And this disproportionate rate of incarceration is influenced by many of the same types of discrimination that have led to the over-incarceration of people of color.

Because of the widespread bias and discrimination the gay community was already experiencing at the time, Vasquez said they received little support from the wider LGBTQ community.

“The gay community was already portrayed as being child predators and they didn’t want to be connected with a case like this,” even though it was a wrongful conviction, she said.

Vasquez and her friends were wrongfully convicted in 1998 and spent 15 years in prison before being released on bail in 2013 after one of the alleged victims recanted her statement saying that her father had pressured her to lie. The women came to be known as the “San Antonio Four” and were exonerated with the help of the Innocence Project of Texas in 2016. The documentary “Southwest of Salem” tells their story.

Today, Vasquez is the director of outreach and education at the Innocence Project of Texas, where she shares her story of wrongful conviction to help educate the community, providing the kind of information she wishes she’d had before her wrongful conviction.

“I just wish I was educated about this … I wish I had some kind of knowledge of wrongful convictions when this all happened to me, or even a basic knowledge of my rights,” Vasquez said. “I think a lot of people take for granted or expect law enforcement to protect you and to find out the truth in an investigation. And, unfortunately, we cooperated … and I did everything that I was raised to do by complying with law enforcement, but it just went horribly wrong.”

Part of Vasquez’s job now is working to educate law enforcement and legal practitioners about biases and wrongful conviction.

“We have to tackle all the biases, their [misinformed] opinions, and prejudices in how they were raised,” she said.

While incarcerated, Vasquez was shocked to witness the unchecked abuse of a trans woman.

“People would throw rocks at her and the guards would encourage it and call her a ‘freak,’ and I just didn’t understand that as a gay woman, because there were many other gay women in prison. Yet they treated this person like she was something else even though she was part of their own LGBTQ community,” she said.

To really bring about change, Vasquez said she hopes to see people working together as a community.

“That’s all anybody wants and that’s what everyone is fighting for and we must continue that.”