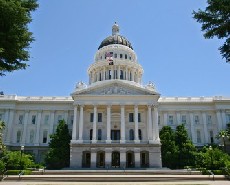 In a radio segment that aired yesterday on WPSU out of Penn State, reporter Karen Brown spoke with Centurion Ministries client Mark Schand about the dearth of social services available to exonerees in the United States upon release and the financial hardship that ensues as a result.

In 1987, Schand was wrongfully convicted of murder in Springfield, Massachusetts. He spent 27 years in prison for a crime he didn’t commit. In 2013 he was exonerated.

On the day he was released, the anger and frustration he’d once felt over the injustice he suffered faded away.

“Believe me, the day they released me, I couldn’t find it. Yeah, the anger, it wasn’t there. I was just happy I was out. And I figured I’d just focus on that day forth,” Schand said to WPSU.com.

But those feelings of joy soon dissipated, too. Schand was hit hard by the reality that he had to successfully re-enter society, and he was left to his own devices to do so, without preparation and with no support. Though the state had released Schand and declared him innocent, it provided no re-entry services—for example, counseling programs or employment training to ease him back into the world.

Sadly, the same is true for many other individuals who have been wrongfully convicted.

According to Rebecca Brown, Policy Director at the Innocence Project, exonerees across the country are leaving prison and not receiving the same services available to people on parole.

“They’re in a bit of a no man’s land,” says Brown. “They need reentry services, as does anyone who is leaving prison after an extended period of time. The problem for the wrongfully convicted is that because they are not under state supervision through parolee or probationer, they are not entitled to the services designed to help those people successfully reintegrate.”

Consequently, exonerees who have few employment skills after so many years of wrongful conviction can encounter real challenges supporting themselves, especially if they live in states without compensation statutes or in states with restrictive statutes.

Schand has filed a lawsuit to receive the maximum amount allowed by the state of Massachusetts. He’s also filed a civil suit. In the meantime, now 50, he performs challenging manual labor for a paycheck.

To read the entire interview, go

To learn more about Centurion Ministries, go to their