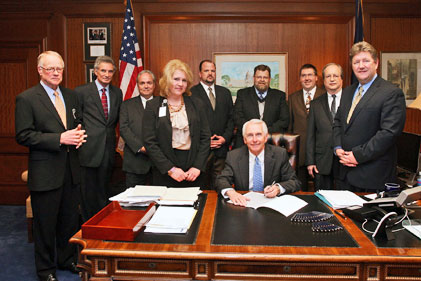 
Kentucky Governor Steve Beshear signed a bill Monday that will vastly expand the right of a convicted person to use DNA testing to prove their innocence. Post-conviction DNA testing in Kentucky had previously been limited to those convicted of a capital crime.

HB 41, which was sponsored by Representative Johnny Bell (D-Glasgow), passed unanimously in the Kentucky House and the Senate earlier this month. Prior to the bill’s passage, wrongly convicted Kentuckians in non-capital cases were forced to rely on judges and prosecutors to grant access to DNA testing, meaning testing was often granted in an inconsistent manner.