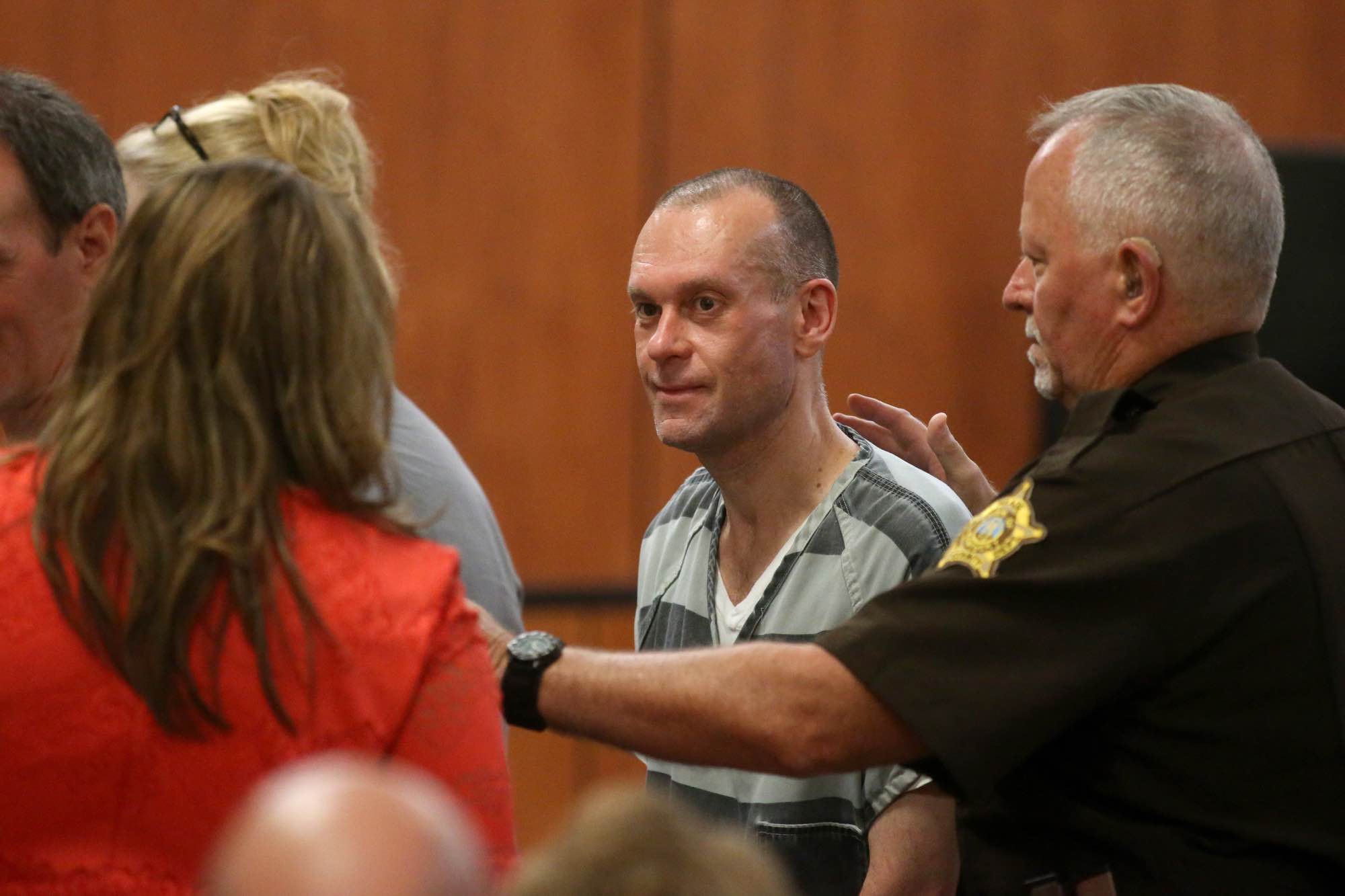 Keith Hardin and Jeff Clark will return to court on Monday, February 19th when attorneys will ask judge to grant the motion to dismiss

(February, 2018 – Louisville, KY) Yesterday the Kentucky Attorney General filed a motion to dismiss the 1992 murder indictments of Garr Keith Hardin and Jeffrey Dewayne Clark based on DNA testing and evidence of police misconduct.  The two men served more than 20 years of a life sentence for the crimes before their convictions were vacated and they were released in 2016.  They are scheduled to be in court on Monday, February 19, 2018, at 1 PM EST, when the legal team will ask the court to grant the motion to dismiss the indictments.

“We are grateful this long journey has finally come to an end and that Mr. Hardin and Mr. Clark can finally put this case in their past,” said Seema Saifee, a staff attorney with the Innocence Project, which is associated with the Cardozo School of Law.  “We owe a debt of gratitude to the Kentucky Supreme Court for guaranteeing access to DNA testing and acknowledging the flaws in the state’s case and to Assistant Attorney General Jon Heck for a thorough reexamination of the evidence which resulted in the state’s decision to move to dismiss the indictments today.  And we are especially grateful to Judge Bruce Butler for his tremendous courage — at every step in the process — for ensuring that these men will finally receive the justice that they have long deserved.”

Linda Smith, former supervising attorney of the Kentucky Innocence Project, added, “As the Attorney General’s Office acknowledged in its motion to dismiss, this prosecution was based in large part on the unreliable testimony of Louisville Metro Police Detective Mark Handy whose testimony was also the primary evidence against at least one other man who spent a decade in prison for a crime that occurred around the same time Hardin and Clark were being investigated.  Recent news reports that he is still on the job are deeply troubling. We hope the state will take measures quickly to hold him accountable for his misconduct.”

“We are grateful this long journey has finally come to an end and that Mr. Hardin and Mr. Clark can finally put this case in their past.” Saifee

Keith Hardin and Jeffrey Clark were convicted in 1995 of fatally stabbing 19-year-old Rhonda Sue Warford and dumping her body in a field locally referred to as Dead Horse Hollow. At trial, the prosecution’s main “evidence” was its claim that Hardin and Clark committed the 1992 murder as part of a Satanic sacrifice – this was despite the fact that the state’s own expert acknowledged that nothing about the crime was consistent with a Satanic ritual sacrifice.

A microscopic hair expert claimed that a hair found on the sweatpants worn by the victim at the time of her death “matched” to Hardin. This was the only alleged physical evidence linking the men to the crime or crime scene. In fact, hairs recovered from the victim’s hand did not match either Hardin or Clark. 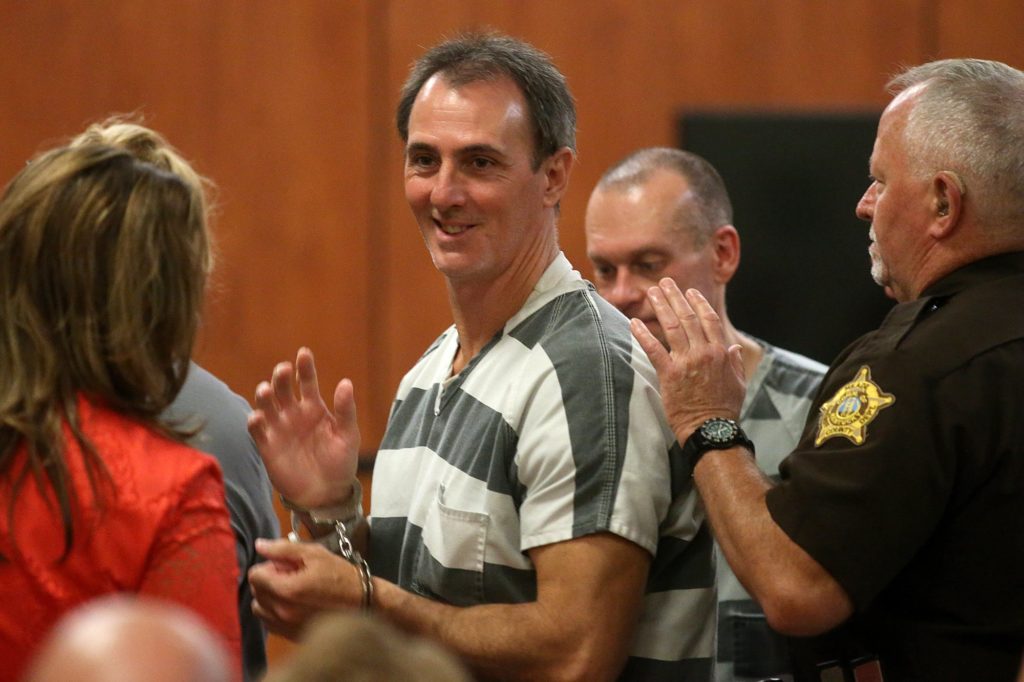 The state also claimed a bloody cloth and broken glass recovered from Hardin’s home supported its theory that the crime was motivated by Satanic sacrifice. The prosecution claimed that the blood on the cloth was deposited during a ritual animal sacrifice and the glass was a “chalice” from which Hardin drank the blood of the animals he sacrificed for Satan. At trial, Hardin testified that the blood on the cloth was his own blood, caused by cutting himself on the glass. The amount of blood was insufficient for DNA testing at the time of trial.

To connect the blood-stained cloth to the state’s theory, prosecutors relied on the sworn testimony of Detective Mark Handy. Handy testified that Hardin told him that he killed animals as a form of Satanic ritual and “got tired of looking at animals and began to want to do human sacrifices.” Hardin denied ever killing animals or ever making these statements. The two men were convicted and sentenced to life in prison.

In moving to dismiss the indictments today, the attorney general acknowledges that Det. Handy’s claim that Hardin stated that he wanted to commit human sacrifices is no longer credible. The motion acknowledges that Handy has been investigated for falsifying the confession of Edwin Chandler, who served 10 years in prison for a murder he didn’t commit, and concludes: “Put bluntly, the Commonwealth cannot put credibility into an unrecorded statement taken by a detective who has a documented history of fabricating details of a murder case in his investigative summaries.”

The Innocence Project and the Kentucky Innocence Project moved for DNA testing in 2009. The trial court denied the request. After years of appeals, in 2013, the Kentucky Supreme Court granted testing and ruled that it was “mystified, if not amazed, that the Commonwealth has such little interest” in the possibility that DNA testing might yield exculpatory results.  DNA testing was conducted on the hair on the victim’s sweatpants that the state’s analyst previously claimed “matched” to Hardin. The hair conclusively did not come from Hardin or Clark, disproving a significant part of the state’s case against the men. DNA testing was also performed on the blood on the cloth that the prosecution claimed was deposited during a Satanic animal sacrifice. The testing revealed that the blood was in fact Hardin’s own blood, as he truthfully testified at trial.

Based on the DNA evidence and the new evidence that Det. Handy was recommended for a criminal investigation for his misconduct in another wrongful conviction case, Meade County Circuit Court Judge Bruce Butler vacated Hardin’s and Clark’s convictions in July 2016 and later released them on bail.  The prosecution appealed the court’s decision which went back to the Supreme Court of Kentucky, which affirmed the circuit court’s decision to vacate the convictions.

Shortly after the men were granted a new trial, the Commonwealth, in a move that the circuit court later found was vindictive, indicted the men on new charges of kidnapping, which the state believed would have enabled the prosecution to seek the death penalty, and perjury, because the men, after wrongly serving years in prison for the crime, made incriminating statements to the parole board in the hope of being released.

Before those new charges were dismissed with prejudice by the circuit court last month, the Attorney General’s office, which took over the case last fall, agreed to reinvestigate the case, resulting in today’s motion to dismiss the indictments, in which the Office of the Attorney General stated that its “Constitutional obligation is to adhere to its mandate to do justice.”