Life after Exoneration for Keith Harward: “I’m a 60-year-old newborn, so everything’s all new to me.” 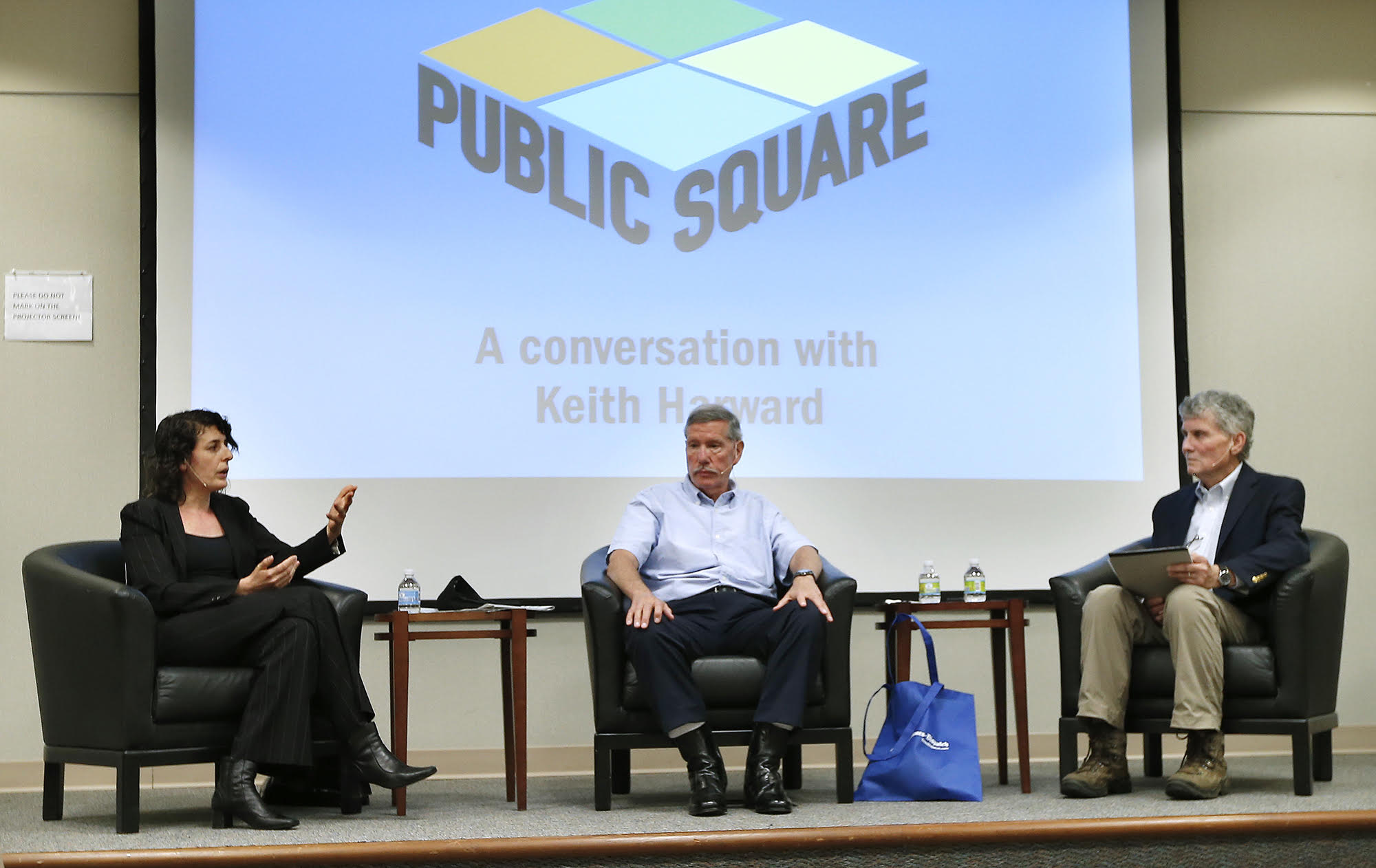 Olga Akselrod, attorney with the Innocence Project, speaks during a Richmond Times-Dispatch Public Square Tuesday, May 24, 2016. Keith Harward, middle, who was recently freed for crimes he did not commit after spending 33 year in prison, and RTD reporter Frank Green, right, listen.

Since his exoneration and release last month after 33 years in prison, Innocence Project client Keith Harward has been adjusting to life on the outside.

Harward, who was convicted in 1983 of a rape and murder he did not commit, is rebuilding his life in a world quite different from the one he left behind three decades ago.

“Everybody’s on cell phones— driving in their cars, walking down the street, sitting in a restaurant, in the bathroom,” Harward said in an interview with WAVY News.

Harward recently got a tattoo commemorating his exoneration and release.

“I’m exoneree number 341 and I hope there are thousands more.”

“I’m exoneree number 341 and I hope there are thousands more. Well, let’s hope that there’s never any more that they have to exonerate,” he told WAVY.

Related: Virginia Man Who Narrowly Escaped the Death Penalty To Be Released After Serving 33 Years