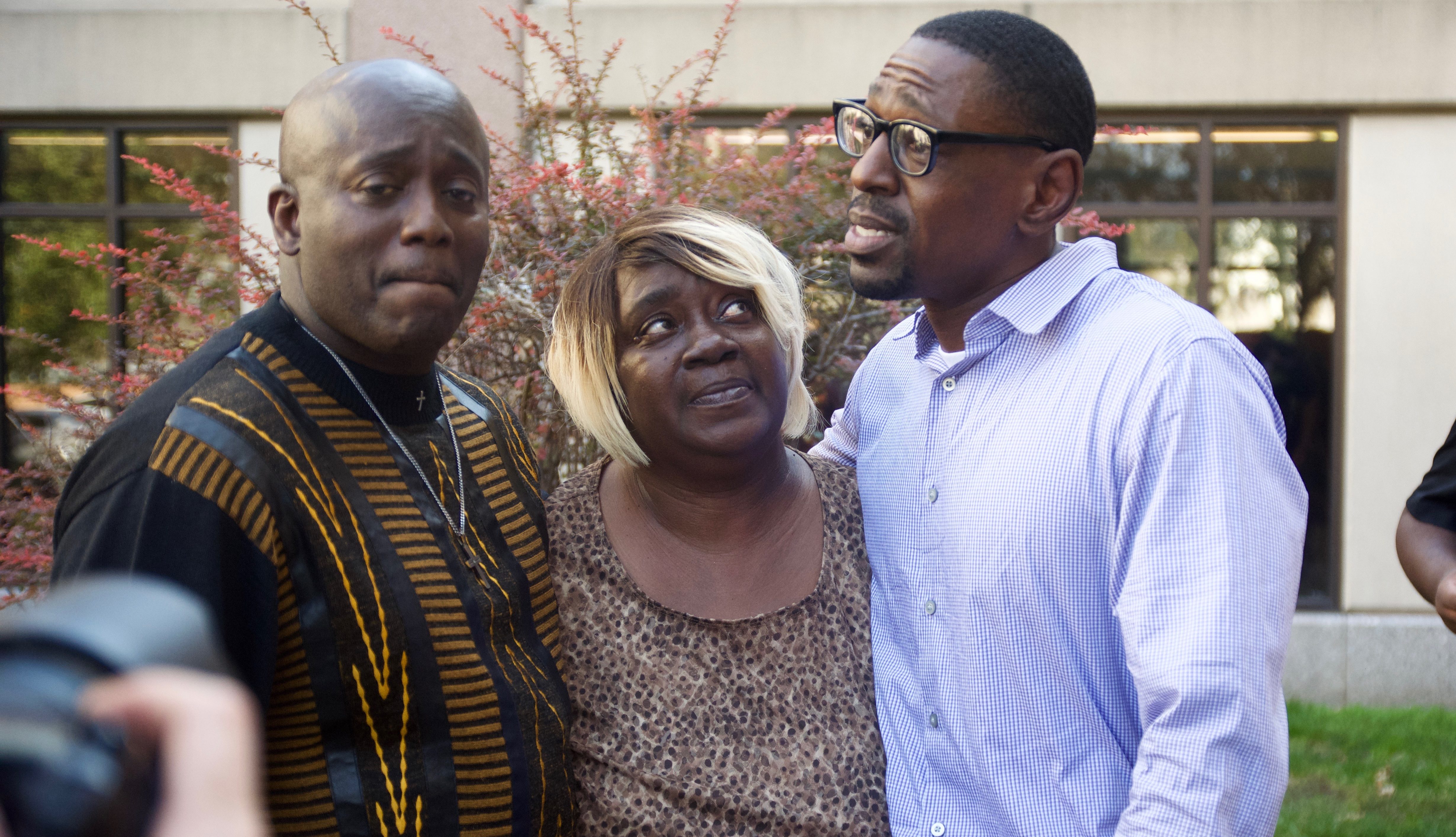 Lamonte McIntyre (right) with his mom Rosie after his release on Oct. 13, 2017. Photo courtesy of The Midwest Innocence Project.

The Kansas City Star details the 23-year struggle Rosie McIntyre endured to clear her son Lamonte, who was exonerated on Friday.  Lamonte McIntyre was just 17 when he was arrested for the murders of Donie Quinn and Donald Ewing.  His mother knew all along that he was innocent.  She told the Star, “It tore me apart.  I knew my son.  There was never (any) doubt  . . . I knew he was innocent.  No one believed it.  No one cared.  It was like I was all along with the situation.”

Related: Donate to support Lamonte after 23 years in prison 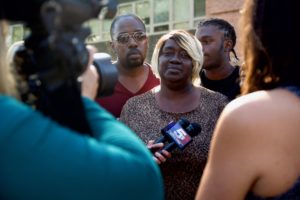 According to the Star, Rosie McIntyre kept a notebook with detailed notes about her more than two-decade struggle to get help for Lamonte. Over the years, she contacted countless legal organizations, innocence organizations and journalists.  Early on, dressed as a man (for safety) and armed with a tape recorder, she even conducted her own investigation, canvassing the street where the murders occurred and asking about the crime.  This took a toll on her emotionally.

Her pleas were finally answered by Centurion Ministries which agreed to take on Lamont’s case.  With the help of Kansas City lawyer Cheryl Pilate and the Midwest Innocence Project, the lawyers conducted an investigation that revealed that even the victim’s family members believed that police had arrested the wrong person.

Related: Kansas has no law to compensate Mr. McIntyre. Join the movement to change that.

Jim McCloskey, founder of Centurion Ministries, told the Star, “That’s huge.  It’s unique.  Not just one family member but, universally, the entire Quinn family not only believed, they knew the wrong person was convicted.”

According to an earlier article in the Star, the legal organizations also raised serious allegations of misconduct in their motion for exoneration involving a police officer and an assistant prosecutor on the case.  The motion also noted that the judge who presided over the case was having an undisclosed romantic relationship with the assistant prosecutor.

On Friday, just two days into what was expected to be a week-long hearing, Wyandotte County District Attorney Mark Dupree Sr. announced that he was no longer contesting Lamont’s innocence, and he was exonerated.

Rosie told the Star, “It was the best moment of my life.  It was like I went from nightmare to a dream world.  I mean, I’m still in fantasyland.”

Help compensate McIntyre and others wrongly convicted in Kansas by taking action, today. 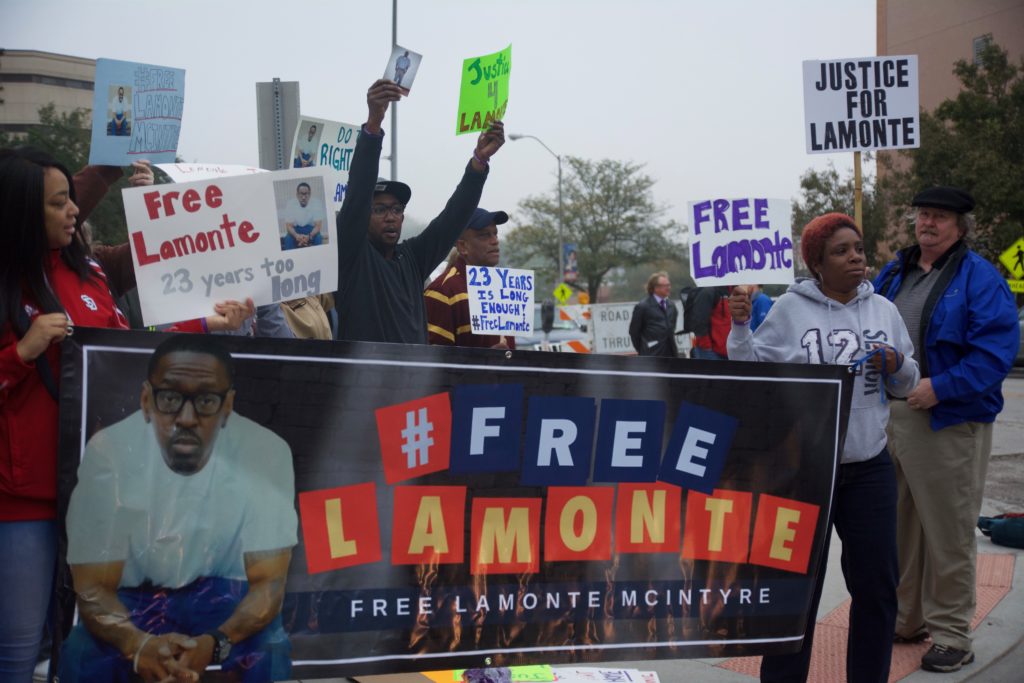