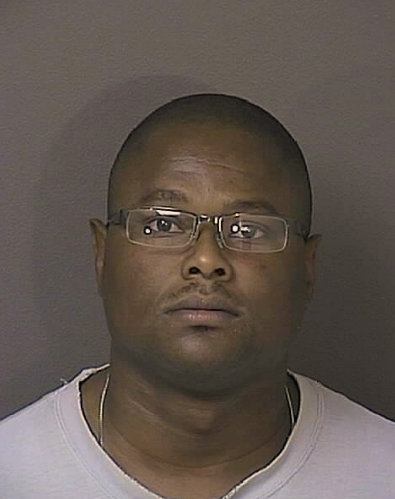 In 2009, Robinson was found guilty in an apartment fire that killed one person. The district and appellate courts concluded that Robinson’s trial attorney, Joseph Huerter, failed to hire an expert to assist in cross-examining the prosecutor’s fire investigators.

“It is not an easy decision to grant a new trial to a man after he has been convicted of killing another human being,” Court of Appeals Judge Stephen Hill wrote in the opinion. “But more important than the severity of a crime is the fundamental principle of American law. All accused must receive a fair trial.”

“This is hard because I am truly innocent. I wanted to tell the (victim’s) family I wouldn’t do this.”

Robinson has maintained his innocence since he was convicted. At his sentencing before District Judge Jan Leunberger in 2010, Robinson said: “This is hard because I am truly innocent. I wanted to tell the (victim’s) family I wouldn’t do this.”

He was sentenced to 36 years and six months in prison.

In 2014, Robinson filed a motion arguing that his court-appointed trial counsel was ineffective. On appeal, the Project for Innocence at the University of Kansas law school represented him.

In 2016, Judge Wilson ruled that Robinson’s trial counsel’s failure to obtain expert witnesses prevented him from receiving a fair trial and subsequently vacated Robinson’s convictions. Wilson’s ruling read: “Upon extensive review of the record and the parties’ arguments, this court concludes that (Robinson) was not fairly convicted and, therefore, vacates his conviction.”

Last year, the district attorney’s office appealed Wilson’s decision to the Court of Appeals, claiming that Robinson’s ineffective assistance of counsel claim had no merit. The Shawnee County district attorney can now appeal to the Kansas Supreme Court or either decide to retry or dismiss the case.